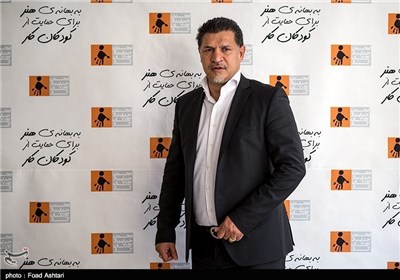 MNA – Multiple media reports suggest that Ali Daei is to be announced as the new head coach of Iran national football team in few hours.

After the Football Federation Islamic Republic of Iran (FFIRI) parted ways with Marc Wilmots, several coaches were shortlisted to take charge of Team Melli, however the federation has not appointed the new head coach so far.

Ex-Persepolis coach Branko Ivankovic was among the candidates but the Croat was named as Oman head coach on Sunday.

Amir Ghalenoei is also a nominee to take charge of Team Melli but he is under contract with Sepahan football club.

Yahya Golmohammadi had been also shortlisted to replace Wilmots but he was appointed as Persepolis coach last week.

Now, the media reports suggest that the federation has reached an agreement with Daei.

In his first stint in Team Melli in 2008, the Iranian team managed the weakest World Cup Qualification results in their history with only one win out of five matches.

Iran will have four must-win matches in the 2022 World Cup qualification in late March and early June.

Team Melli will entertain Hong Kong on March 26 in Tehran and will meet Cambodia five days later in an away match.

Iran will face Bahrain and Iraq on June 4 and 9 in Tehran.

Team Melli, who are going to continue their quest for a sixth World Cup appearance, sit five points behind leaders Iraq in Group C but having played one game fewer.

The eight group winners and four best runners-up will advance to the AFC Asian Cup China 2023 Finals and the final round of qualifying for the FIFA World Cup Qatar 2022.

The next best 24 teams from the second round of the joint qualifiers will compete in a separate competition for the remaining 12 slots in the 24-team AFC Asian Cup China 2023.