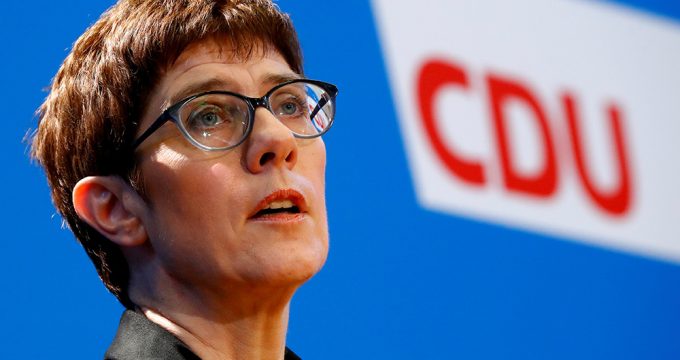 The US threatened to impose 25% tariffs on cars to push Europeans to initiate proceedings against Iran for violating the nuclear deal, the German defence minister has confirmed.

“This threat exists,” said the German defence minister, Annegret Kramp-Karrenbauer, at a press conference in London.

She was asked about an article in the Washington Post that claimed Trump had secretly warned France, Germany and the UK that the US would impose a “25% tariffs on European cars” if they did not activate the mechanism for the settlement of disputes (MRD) of the Iranian international nuclear agreement reached in Vienna in 2015.

Kramp-Karrenbauer told reporters on Thursday: “This expression or threat, as you will, does exist.” She is in the UK to meet her counterpart, Ben Wallace, to discuss Anglo-European defence cooperation post-Brexit.