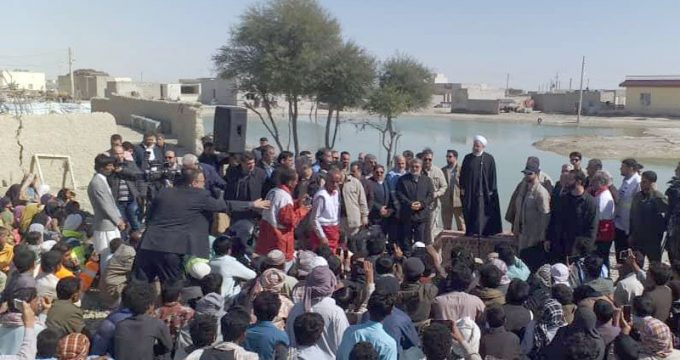 IRNA – Iranian President Hassan Rouhani stated on Saturday that the government has stood by the flood-stricken people in different southeastern cities.

Government spares no efforts to help the flood-hit people, President Rouhani said during his visit to a village in southeastern Iranian province of Sistan-Baluchestan which is suffering from flood and its fallout from nine days ago.

During his visit, the president ordered acceleration of relief operations in the province.

Rouhani along with a number of his cabinet members arrived in this southeastern city on Saturday morning to oversee the relief operations underway for the flood-stricken people.