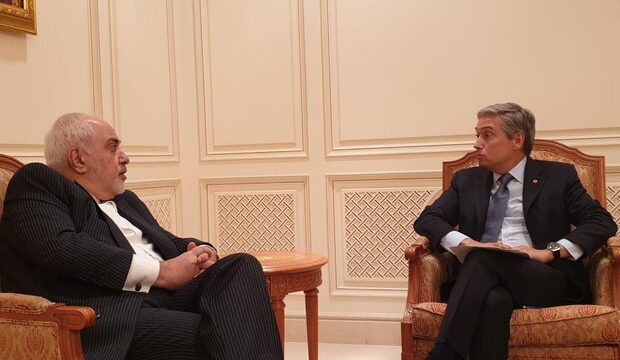 According to a statement by the Iranian Foreign Ministry, the meeting was held Friday afternoon at the request of Canada.

The Iranian minister once again expressed his deep regrets over the tragic incident which claimed the lives of all 176 passengers and crew on board.

The two sides conferred on consular, technical and legal cooperation between Iran and those nations affected by the incident.

The ministers agreed to hold another meeting in the future and it was also decided that the expert teams of two ministries would continue contacts on the issue.

Ukraine International Airlines flight PS752 was unintentionally downed by Iran’s air defenses at the time of heightened tensions with the United States. Iran has promised to adopt all necessary legal measures and to bring those behind the mistake before military justice.