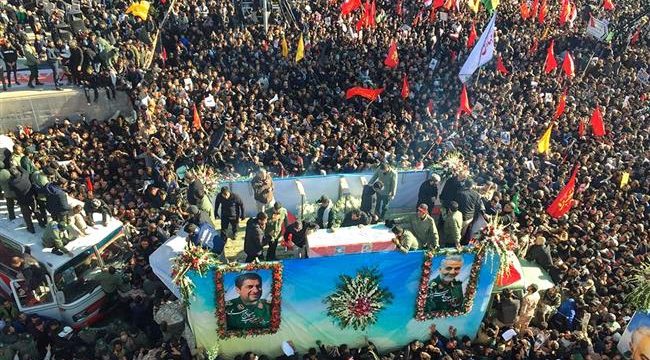 The Guardian | Nouriel Roubini: Stock markets are deluded to think the latest threat to the global economy has been removed

Following the US assassination of Iranian al-Quds commander Qassem Suleimani and Iran’s initial retaliation against two Iraqi bases housing US troops, financial markets moved into risk-off mode: oil prices spiked by 10%, US and global equities dropped by a few percentage points and safe-haven bond yields fell. In short order, though, despite the continuing risks of a US-Iran conflict and the implications that it would have for markets, the view that both sides would eschew further escalation calmed investors and reversed these price movements, with equities even approaching new highs.

That turnabout reflects two assumptions. First, markets are banking on the fact that neither Iran nor the US wants a full-scale war, which would threaten both the Iranian regime and Donald Trump’s re-election prospects. Second, investors seem to believe that the economic impact of a conflict would be modest. After all, oil’s importance as an input in production and consumption has fallen sharply since past oil-shock episodes, such as the 1973 Yom Kippur war, Iran’s 1979 Islamic revolution and Iraq’s 1990 invasion of Kuwait. Moreover, the US itself is now a major energy producer, inflation expectations are much lower than in past decades, and there is little risk of central banks raising interest rates following an oil-price shock.

Both assumptions are clearly flawed. Even if the risk of a full-scale war may seem low, there is no reason to believe that US-Iranian relations will return to the status quo ante. The idea that a zero-casualty strike on two Iraqi bases has satisfied Iran’s need to retaliate is simply naive. Those Iranian rockets were merely the first salvo in a response that will build up as November’s US presidential election approaches. The conflict will continue to feature aggression by regional proxies (including attacks against Israel), direct military confrontations that fall short of all-out war, efforts to sabotage Saudi and other Gulf oil facilities, impeded Gulf navigation, international terrorism, cyber-attacks, nuclear proliferation and more. Any of these could lead to an unintentional escalation of the conflict.