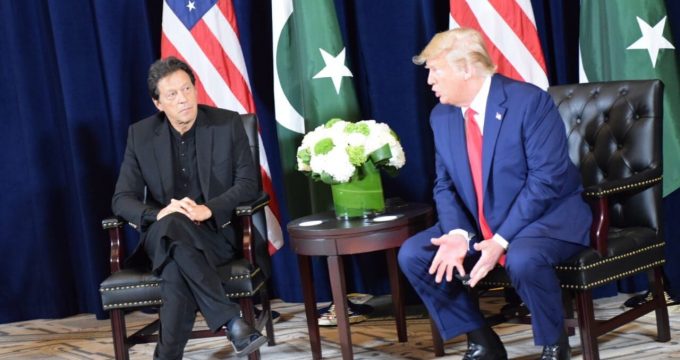 Al-Monitor | Sabena Siddiqui: The US drone attack that killed Qasem Soleimani, commander of the Islamic Revolutionary Guard Corps’ Quds Force, took US-Iranian relations to the brink of war with the potential to destabilize the entire Middle East and shake the global economy. Although no casualties resulted from Tehran’s retaliatory launch of more than a dozen ballistic missiles at two US military bases in Iraq, the attack took the conflict to another, extremely dangerous level.

To avoid further friction from sparking a broader war, US Secretary of State Mike Pompeo reached out to various countries that could help de-escalate the situation. Pakistan was one of the first countries he approached after the strike on Soleimani.

Pompeo tweeted Jan. 3, “Pakistan’s Chief of Staff General [Qamar] Bajwa and I spoke today about US defensive action to kill Qassem Soleimani. The Iran regime’s actions in the region are destabilizing and our resolve in protecting American interests, personnel, facilities, and partners will not waver.”

General Qamar Javed Bajwa, Iran-US tensions, Soleimani assassination January 16, 2020
US-Iran conflict could lead to slower global growth or even recession
On air, Johnson’s brain began to engage with itself – but not reality