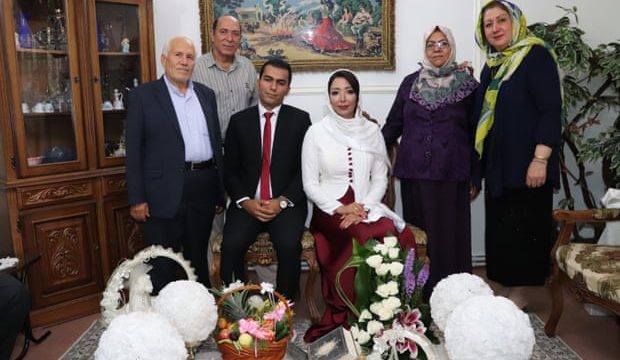 ‘They treated me like a terrorist’: the vetted Iranians deported on arrival to the US

The Guardian | Caleb Hampton: A growing number of students are being banned by US authorities, despite having gone through an intense approval process

Mohammad Elmi was on his way to fulfill a lifelong dream. On 13 December 2019, the 31-year-old Iranian boarded a flight to Los Angeles to join his wife in the United States and start a PhD program at the University of California, Santa Barbara. Sixty-five hours later, he was back in the Iranian capital, Tehran, refused entry to the United States by immigration officers at the airport.

In Iran, Elmi had helped design the country’s first portable electrocardiogram device, which made cardiac monitoring more accessible to rural populations. He was accepted to study biomedical applications of electrical engineering in Santa Barbara, where his wife Shima Mousavi is pursuing a master’s degree, and had received a visa to travel to the US. Preparing for the move, he had left his job and depleted his savings, planning to live off his new teaching and research assistant position.

But when Elmi stepped off the plane after a long, sleepless flight, he was detained by US Customs and Border Protection (CBP). Over the next 24 hours, he was held in a series of rooms in a restricted section of Los Angeles international airport and was searched and questioned repeatedly by CBP. Mousavi waited near the airport for eight hours before her phone rang. “I’m so sorry,” Elmi told her. “They are sending me back to Iran.”