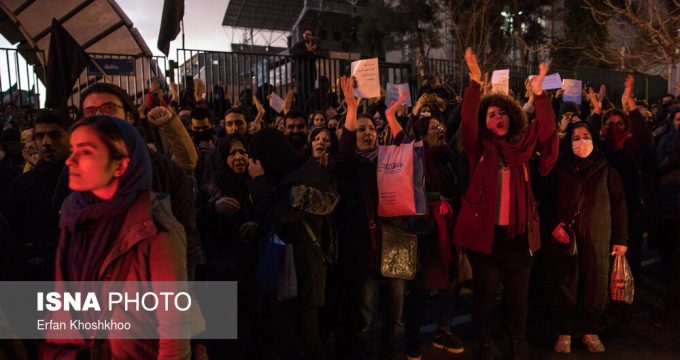 Al-Monitor – Protests have continued for a third night after Iranian officials took responsibility for accidentally shooting down a passenger plane in Tehran and killing 176 people.

Protests have taken place at Amir Kabir University and Sharif University of Technology, which lost current or former students in Flight 752. Among the victims were a number of university professors, PhD holders, medical doctors and students.

In support of the protests that reached a dozen cities in criticism of the government, a number of artists have pulled out of the Fajr Visual Arts Festival. They include nearly two dozen cartoonists and well-known Iranian filmmaker Massoud Kimiai, who wrote on Instagram, “People are enduring a lot of hardship.”