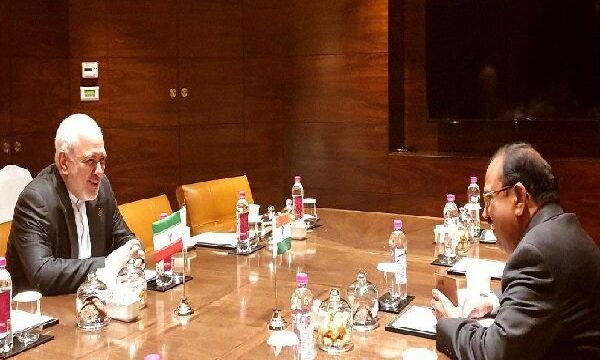 Iranian Foreign Ministry announced that the meeting had been ‘private’, without providing any further details.

The Iranian minister arrived in India on Tuesday to take part in the 2020 Raisina Dialogue. Zarif will address the event today.

He is slated to meet with officials from different countries on the sideline of the event. He has already held meetings with Afghan National Security Adviser Hamdollah Moheb and Minister of State at the German Federal Foreign Office Niels Annen.

The three-day event kicked off on Tuesday in New Delhi, with over 180 delegates from 105 countries in attendance. The 2020 edition’s theme has been defined as ‘21@20: Navigating the Alpha Century’.

According to a statement by Observer Research Foundation (ORF), which co-hosts the event along with India’s Foreign Ministry, the conference will see 116 speakers. Foreign ministers from India, Russia, Iran, Australia, Maldives, South Africa, Latvia, Uzbekistan, Estonia, Denmark, Hungary, Rwanda, and Tanzania will take part in Raisina 2020.