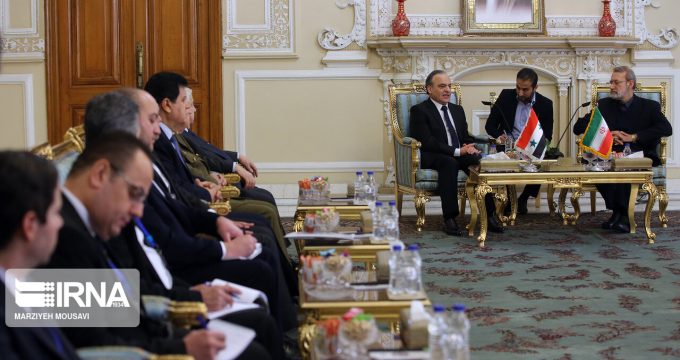 Of course they made mistake since assassination turned out to be an important international issue and Trump regretted, he reiterated.

Referring to ratification of the plan to expel US forces from Iraq by Iraqi parliament, Larijani said all these measures were regarded as slaps in US face.

He called for developing regional and military cooperation among regional states to prevent Zionists’ atrocity.

Meanwhile, Khamis said that Syrian government and people will stand by Iran in all challenges.

Syrian together with all states with independent sovereignty believes that Iran has the right to defend itself against conspiracies and aggressions, he said.

Referring to the important messages conveyed by Iran’s opposite stance against war, he said it warned arrogant countries to end the selfishness.

It has also a message for neighbors that Iran is a powerful and capable country and is able to stand against aggressions and conspiracies, Khamis said.

Iran’s confrontation indicated that General Soleimani’s martyrdom will reinforce Resistance and will make the nations more united to clean the region from terrorists and the US in particular,