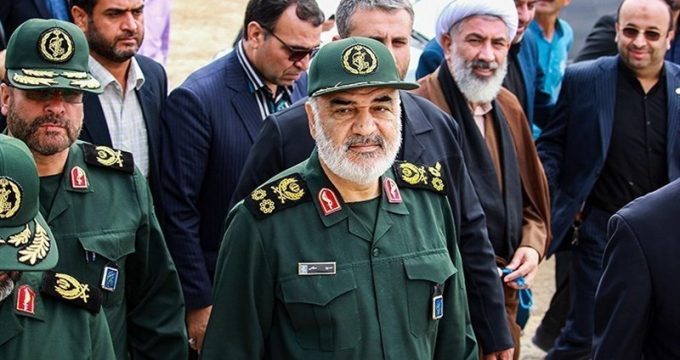 Tasnim – Commander of the Islamic Revolution Guards Corps (IRGC) Major General Hossein Salami said the IRGC has dispatched necessary equipment to help in relief and rescue efforts in the flood-stricken areas of the southeastern province of Sistan and Balouchestan.

Speaking to reporters in the province on Tuesday, Major General Salami said that the IRGC has sent necessary equipment to help in relief efforts in flood-stricken areas.

He said the flooding has cut off access to some villages and they are surrounded by water but the relief operations are underway via air transport.

He also said three helicopters of the IRGC Ground Force and a chopper of the IRGC Nay are providing relief to the flood-hit areas of Sistan and Balouchestan.

On Monday, Iranian First Vice President Eshaq Jahangiri issued an instruction after he was briefed on the latest situation in the flood-hit region.

Jahangiri urged the governors of Sistan and Balouchestan and Kerman to do their best to provide essential elements including water and to repair the roads so that relief assistance could reach remote villages as well.

Sistan and Balouchestan has been affected in the most severe way due to record-breaking rainfall in years.

Flood poured into the two provinces inundating around 350 villages, interrupting the people live in the area.

Heavy rainfall over the last days has caused seasonal rivers to flood into towns, causing extensive damage to infrastructures and people’s homes.