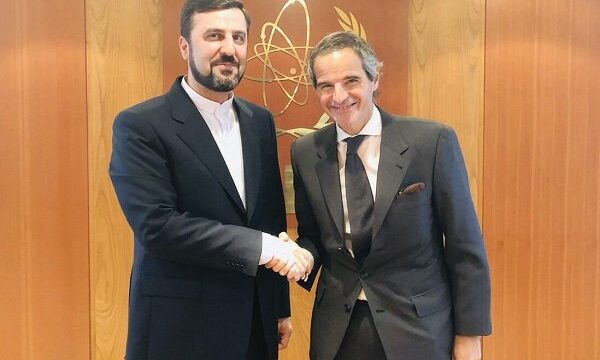 The two sides reportedly discussed the latest developments regarding the Joint Comprehensive Plan of Action and the status of cooperation between the agency and Iran.

The meeting comes as Iran took its fifth step of reducing commitments to the JCPOA on January 5, while highlighting that it will continue to cooperate with IAEA inspectors.

“The Islamic Republic of Iran, in the fifth step in reducing its commitments, discards the last key component of its operational limitations in the JCPOA, which is the ‘limit on the number of centrifuges’,” the Iranian government said in a statement following the announcement of the fifth step.

As such, the Islamic Republic of Iran’s nuclear program no longer faces any operational restrictions, including enrichment capacity, percentage of enrichment, amount of enriched material, and research and development, it added.

The statement also highlighted that if the sanctions are lifted and Iran benefits from its interests enshrined in the JCPOA, Tehran is ready to return to its commitments.

Tehran rowed back on its nuclear commitments step-by-step in compliance with Articles 26 and 36 of the JCPOA in response to the US unilateral move, as well as the European signatories’ failure to safeguard Iran’s economic interests in the face of US sanctions. The country, however, stressed that its retaliatory measures will be reversible as soon as Europe finds practical ways to shield the mutual trade from the US sanctions.