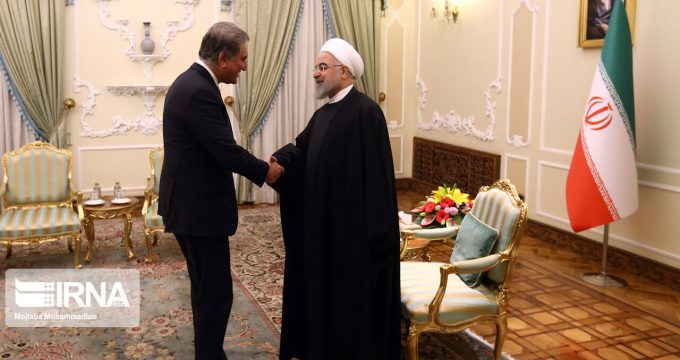 Sputnik – Following a spike in tensions between Iran and the United States after the killing of Tehran’s top military commander Qasem Soleimani in a Baghdad drone strike and retaliation by Iran, targeting a US base in Iraq, Pakistan’s Foreign Minister Shah Mahmood Qureshi is meeting Iranian and Saudi leaders on a peace initiative.

“We are committed to exercising every diplomatic effort to achieve regional security and are clear Pakistan soil will not be used for war,” Qureshi said.

Iranian President Hassan Rouhani told Qureshi that Tehran was ready to closely cooperate with all countries in the region to deescalate the situation, according to the Iranian president’s press service.

Pakistan foreign minister appreciated the restraint shown by Tehran and said the region could not afford any more tension or confrontation.

During the meeting, which focused on US-Iran tension, regional peace and the multifaceted Pak-Iran ties, Qureshi said both the countries enjoyed “a deep, historic, religious and cultural brotherhood”.

Appreciating Qureshi’s remarks, Rouhani was quoted as saying in a statement “we completely welcome Pakistan’s efforts for promoting regional peace and stability in this regard”.

Qureshi will also visit Riyadh on Monday to hold talks with Saudi Foreign Minister Prince Faisal bin Farhan and consult on the issues of regional peace and stability.

Last week, Iran started a revenge operation in response to Washington’s assassination of Quds Force commander Qasem Soleimani. According to the Iraqi military, about 22 missiles struck the country, with 17 of them hitting the US Ain Al Asad airbase and five striking the Iraqi city of Erbil, targeting the US-led coalition headquarters.