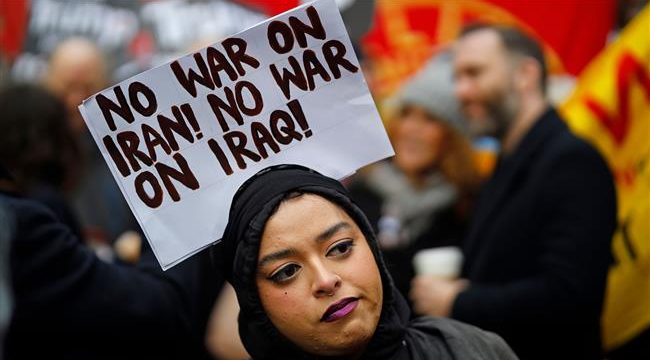 Londoners hold ‘No war on Iran’ rallies amid tensions in region

Press TV – Anti-war protesters march through central London to call for “de-escalation in the Middle East” following the US assassination of Iranian General Qassem Soleimani and the IRGC’s retaliatory missile attacks on a US base in Iraq.

The London protests were organized on Saturday by the Stop The War C,  a British group established on 21 September 2001, shortly after the September 11 attacks, to campaign against what it believes are unjust wars.

During the Saturday rallies, protesters proceeded from Portland Place to Trafalgar Square while holding various placards against a war on Iran.