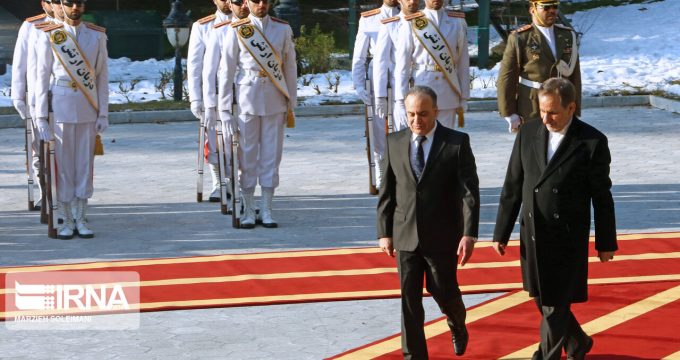 The ceremony began with the national anthem of the Islamic Republic of Iran and Iranian and Syrian officials introduced delegations.

Both sides are supposed to discuss the latest regional and international issues.

The Syrian team is in Tehran to discuss the recent developments in the region, especially the assassination of commander of the Islamic Revolution Guards Corps (IRGC) Quds Force Lieutenant General Qasem Soleimani and Iran’s response to it.

On Wednesday, Iran fired missiles at bases in Iraq where US troops were stationed in retaliation to General Soleimani’s assassination in Baghdad on January 3.