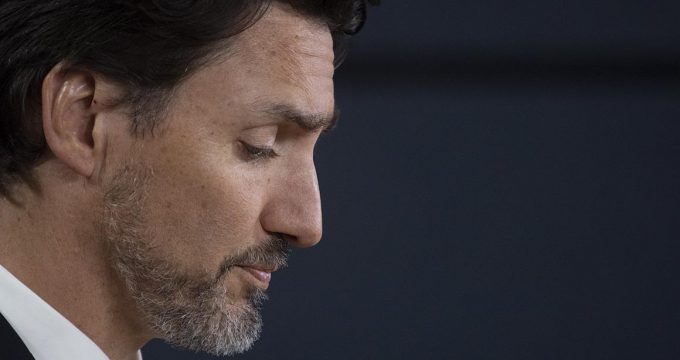 Politico – Justin Trudeau’s modus operandi tends to be public measure and restraint. But when it comes to the plane crash over Iran that killed 57 Canadians and has captivated his country, the prime minister has embraced a new tack: public outrage.

As Iran officially confirmed it shot down Ukraine International Airlines Flight 752 in error Saturday, Trudeau took to the microphones for the third time in four days and pledged Canada would not rest until it achieves justice and compensation on behalf of the 176 passengers on that flight.

“Shooting down a civilian aircraft is horrific,” he said. “Iran must take full responsibility.”

It’s a different look for Trudeau, who is entering his second term as prime minister following fall elections that cost his party its majority government, and reflects the public mood in the wake of the tragedy. Trudeau vowed to secure accountability for the families of the victims, some of whom he met with privately on Friday.

Meanwhile, he continues to navigate the questions about whether President Donald Trump’s decisions had set in motion the week’s events.

In a post on Twitter on Saturday Iran’s foreign minister, Mohammad Javad Zarif expressed regrets and condolences for the mistake, but added: “Human error at time of crisis caused by U.S. adventurism led to disaster.”

Asked if he shares those views, Trudeau replied: “I’ve had a number of conversations with the U.S. president recently and will continue to. The reality is that there have been significant tensions in that region for a long time. What we are calling for now is de-escalation.”

The downing of Flight 752 occurred hours after Iran launched missiles at bases used by U.S. troops in Iraq, a strike in retaliation for the U.S.-authorized killing of top Iranian general Qassem Soleimani.

Iran’s admission was an abrupt reversal for authorities there who had only hours earlier denied culpability and challenged Canada and the U.S. to share any intelligence that showed an Iranian surface-to-air missile was to blame.

Asked how he could be certain the downing of the plane was an accident, Trudeau said it is one of many questions that requires investigation.

Trudeau said he spoke with Iranian President Hassan Rouhani Saturday morning and received commitments that the country will collaborate with Canada in the investigation. He said he also used the conversation with Rouhani to condemn Iranian strikes on Iraq and call for an easing of tensions in the region.

Trudeau said Canada will work with an international response group to obtain justice, compensation and accountability on behalf of the victims and their families. The group includes officials from Canada, Ukraine, Sweden, Afghanistan and the United Kingdom.

He said people around the world should be demanding answers. “This is a tragedy that should not have happened.”

Iran-Canada relations, Justin Trudeau, Ukraine Plane Crash January 12, 2020
Those behind downing of plane to be brought to justice: Iran’s Rouhani
Airport informants, overhead drones: How the US assassinates General Soleimani