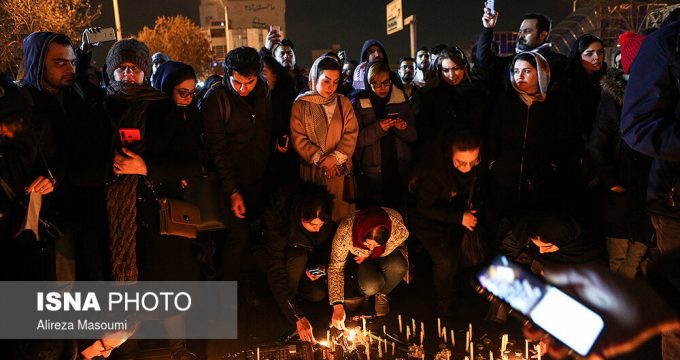 ISNA | Erfan Khoshkhoo, Alireza Masoumi, Mostafa Shanchi, Hadi Zand & Mona Hoobehfekr: Several universities in the Iranian capital Tehran has been the scene of marches and rallies in remembrance for 176 people, many of them Iranian-Canadian students, who were killed on board a Ukrainian plane that crashed earlier this week just outside the Iranian capital Tehran. The rallies held on Saturday at the campuses and outside major colleges in Tehran came hours after the Iranian armed forces headquarters issued a statement saying that the Boeing 737-800 aircraft operated by Ukraine International Airlines was erroneously shot down on January 8 when it was on its way from Tehran to Kiev.