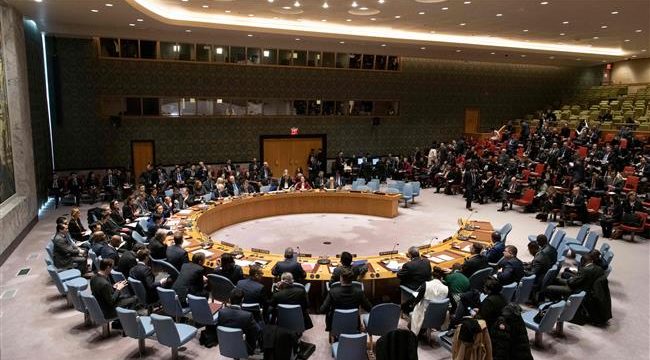 US comes under fire at UN Security Council meeting for assassinating Gen. Soleimani

Press TV – Dozens of countries attending a UN Security Council meeting have used the forum to take a swipe at the US administration for assassinating the Middle East’s most prominent anti-terror commander General Qassem Soleimani.

The Thursday meeting, originally called to discuss the UN Charter, morphed into an hours-long debate featuring several member nations who blasted the administration of Donald Trump for escalating tensions in the Middle East.

Chinese Ambassador Zhang Jun said “at present the United States’ unilateral military adventurism has led to the tensing of the situation in the Middle East Persian Gulf region.”

UN Secretary-General Antonio Guterres also criticized “miscalculations” and warned against moves that would bring the region into another conflict. “War is never inevitable; it is a matter of choice, and often it is a product of easy miscalculations.”

Syrian Ambassador Bashar Jaafari criticized the Security Council’s silence toward the US assassination of General Soleimani.

“How is the council silent vis-a-vis the US assassination crime against Iranian and Iraqi leaders that were fighting ISIS [Daesh] and Nusra Front in Syria and Iraq?” he asked.

The US ambassador, however, defended his country’s dangerous move, repeating the claim that it was a move to prevent an “imminent threat”, without providing any evidence.

“This decision was not taken lightly,” US Ambassador Kelly Craft said at the UN. She tried to justify the assassination by stating that Iran had been “threatening” the lives of Americans for years.

US President Donald Trump has said he personally ordered the assassination of Gen. Soleimani and Abu Mahdi al-Muhandis, the second-in-command of Iraq’s Popular Mobilization Units (PMU), in a drone strike in Baghdad last Friday.

General Soleimani cooperated closely with the PMU and other counter-terrorism groups against the most brutal of the terrorist outfits, including Daesh.

On Wednesday, Iran pounded two US military bases in Iraq with its precision-guided missiles in a retaliation which Leader of the Islamic Revolution Ayatollah Seyyed Ali Khamenei described a “slap on the face” of the Americans.

Commander of the Aerospace Division of IRGC has said the strikes on the Ain al-Assad airbase and another base in Erbil were only “the starting point of a great operation,” which would encompass the entire region if the American provocation continued.

Brigadier General Amir-Ali Hajizadeh said the retaliation targeted one of the most important of America’s outposts. “The strikes were not meant to cause fatalities. We intended to deliver a blow to the enemy’s military machine.”