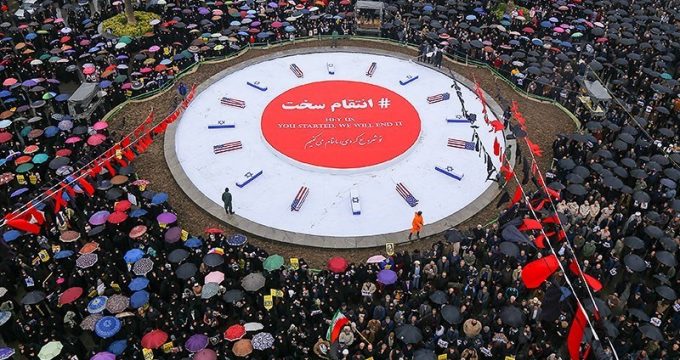 Tasnim – Thousands of people marched across the country on Thursday to mourn Lt. Gen. Qassem Soleimani, who was martyred in a US airstrike last week.

General Soleimani, Abu Mahdi al-Muhandis and a number of their entourage were killed in the strike by American drones near Baghdad International Airport in the early hours of last Friday.

Iran’s Islamic Revolution Guards Corps (IRGC) on Wednesday targeted two US airbases in Iraq, including the US airbase of Ain al-Assad in Anbar province in western Iraq in retaliation to the US assassination of the top Iranian anti-terror commander.

A US base in Iraq’s northern region of Erbil was also among the targets.

Following the attack, the IRGC warned Washington against any more provocation.

The attacks were later confirmed by the US officials.