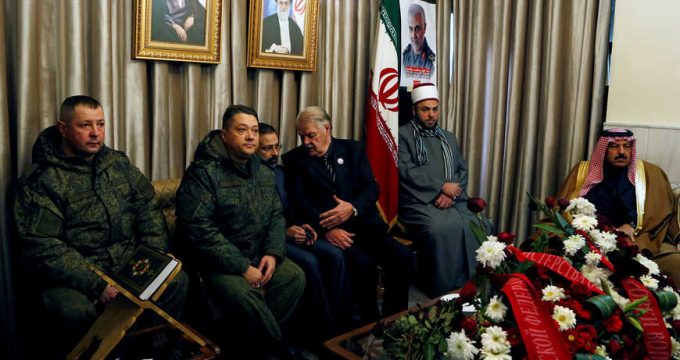 Al-Monitor | Hamidreza Azizi: The assassination of Iranian Quds Force commander Maj. Gen. Qasem Soleimani by a US strike in Baghdad has already pushed the Middle East toward a new, higher phase of tensions. While Iranian officials are repeatedly talking about a “hard revenge” against the United States, US President Donald Trump has threatened that any retaliatory move by the Islamic Republic would result in an American attack against 52 sites inside Iran, “some at a very high level and important to Iran and the Iranian culture.”

In Iraq, the American strike — which also resulted in the death of Abu Mahdi al-Muhandis, the deputy chief of Iraq’s Popular Mobilization Units — has been widely seen as a breach of Iraq’s sovereignty and of the security agreements between Baghdad and Washington. As a result, the Iraqi parliament voted Jan. 5 for the expulsion of American troops from the country.

Meanwhile, although much international debate is focused on the time and the nature of Iran’s retaliation, as well as the implications of the current crisis on the future of Iraq, Soleimani’s killing could also seriously impact another regional hot spot, Syria. In fact, Soleimani was known to be the mastermind behind Iran’s strategy to keep Syrian President Bashar al-Assad in power and then to fight the Islamic State (IS) in Syria and Iraq. In November 2017, it was Soleimani who, in a letter to Iranian Supreme Leader Ayatollah Ali Khamenei, officially declared the end of IS rule in Iraq and Syria. The Islamic Revolutionary Guard Corps general was also believed to be personally in charge of establishing and coordinating a wide network of Shiite fighters from Iraq, Syria, Lebanon and even Afghanistan and Pakistan to fight alongside the Syrian army against the rebel and terrorist groups.