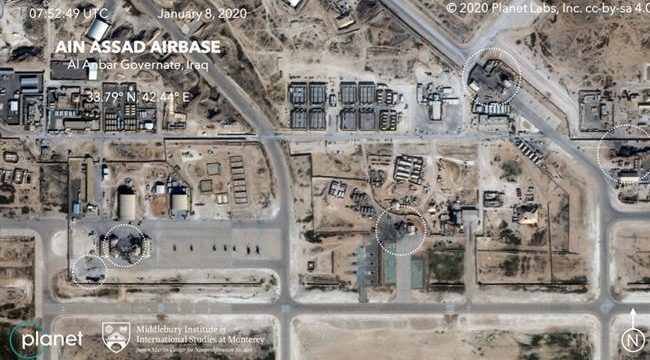 Press TV – Satellite photos show the extensive damage caused by a series of precision missile strikes by Iran at Ain al-Assad air base in Iraq, which hosts US forces.

This comes as US President Donald Trump claimed on Wednesday that only minimal damage was sustained at the base. He also said that no Americans were harmed the attack.

“All of our soldiers are safe and only minimal damage was sustained at our military bases. Our great American forces are prepared for anything,” he said in an address to the nation from the White House.

“No Americans were harmed in last night’s attack,” he said, adding, “We suffered no casualties.”