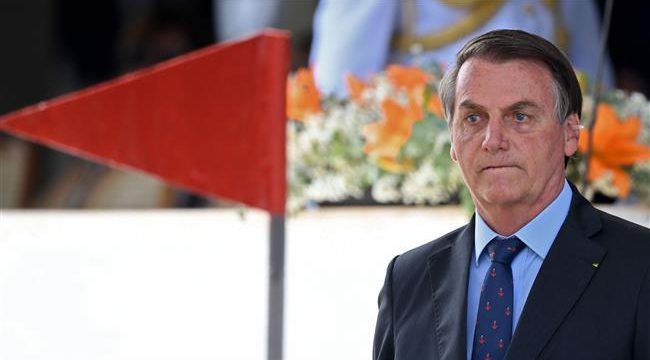 Press TV – Iran has summoned Brazil’s chargé d’affaires in Tehran after the government in Brasilia expressed support for the US assassination of top Iranian anti-terror commander, Lieutenant General Qassem Soleimani.

“We inform you that Brazil’s chargé d’Affaires in Tehran, and representatives of other countries that spoke about the events in Baghdad, were summoned by the Iranian Foreign Ministry, within the usual diplomatic practices,” the Brazilian Foreign Ministry said in a statement on Tuesday.

The statement said the conversation was calm and cordial, adding that the ministry would not comment on the details of the meeting.

Brazil’s President Jair Bolsonaro had expressed support for the United States in the “fight against the scourge of terrorism” following the martyrdom of General Soleimani in a US drone strike in the Iraqi capital of Baghdad.

The US airstrike was carried out on the direction of US President Donald Trump at Baghdad’s international airport early on Friday, assassinating Lt. Gen. Soleimani, along with his companions, including Abu Mahdi al-Muhandis, the second-in-command of Iraq’s Popular Mobilization Units (PMU).

The US assassination has drawn a wave of condemnation from officials and movements throughout the world, and triggered huge public protests across the region.

Iran’s Islamic Revolution Guards Corps (IRGC) targeted the US airbase of Ain al-Assad in Anbar province in western Iraq after launching a wave of attacks to retaliate the US assassination of the top Iranian anti-terror commander.