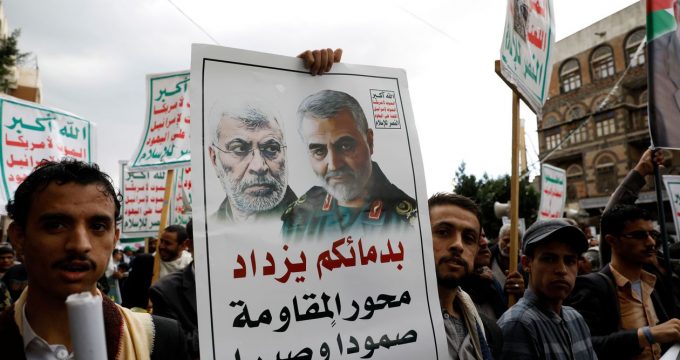 Additional Iran-related sanctions by US may have little impact, sanctions experts say

Sanctions observers expect the U.S. to impose more sanctions on Iranian officials or companies that trade with Iran as tensions escalate between Tehran and Washington following a U.S. airstrike that killed an Iranian military leader.

President Trump on Sunday threatened Iraq with sanctions and a bill for billions of dollars if the U.S. is forced to withdraw its troops after the Iraqi parliament voted in favor of expelling American forces in response to the airstrike that killed Maj. Gen. Qassem Soleimani on Iraqi soil.

Other possible targets of sanctions include Iranian officials or East Asian shipping companies that may be involved in the transportation of Iranian oil, sanctions analysts said. The U.S. also could target money facilitators and people running shell companies that are believed to be involved in procuring nuclear weapons parts for Iran, as well as Iranian consumer goods companies.

“We’re going to see more sanctions, but there’s a very limited value of these sanctions at this point,” said Richard Nephew, a former principal deputy coordinator for sanctions policy at the U.S. State Department who is now a researcher at Columbia University.

Additional sanctions might not pressure Iran to come to a negotiated solution, added Peter Harrell, an adjunct senior fellow at Washington think tank Center for a New American Security.

“Iran is already feeling the maximum pressure,” said Mr. Harrell, who previously served as the deputy assistant secretary for counter threat finance and sanctions in the U.S. State Department’s Bureau of Economic and Business Affairs. “This airstrike shows that we’re getting towards the end of the road of what a maximum pressure campaign can do.”

Compliance officers should keep an eye on what, if any, sanctions the U.S. imposes on Iraq, a U.S. ally. Sanctions on Iraq could have significant implications for oil companies that have invested in Iraq and service companies operating in the country, Mr. Nephew said.

Mr. Nephew cautioned companies against making major moves based on President Trump’s threats. “These are important things to be concerned about, but they are not in place yet,” he said.

Compliance officers and experts will also be monitoring whether the European Union will reimpose sanctions following Iran’s announcement Sunday that it no longer would comply with limits on uranium enrichment under its 2015 nuclear pact.

The EU’s decision would be important particularly amid diverging policies between Europe and the U.S., said Elizabeth Rosenberg, a senior fellow at the Center for a New American Security. The U.S. and EU previously coordinated sanctions lists and worked together to reach the 2015 nuclear deal. However, their sanctions strategies are no longer in alignment since President Trump withdrew the U.S. from the Iran nuclear pact in 2018.

“It’s different this time,” said Ms. Rosenberg, who previously advised on Iran sanctions at the U.S. Treasury Department. “There are true political differences between the EU and U.S. on Iran.”

Richard Nephew, US assassination of General Qassem Soleimani, US sanctions against Iran January 8, 2020
Future of US military presence in Iraq in question amid confusion in Washington
Qassem Soleimani assassinating leaves Trump’s Middle East strategy in tatters