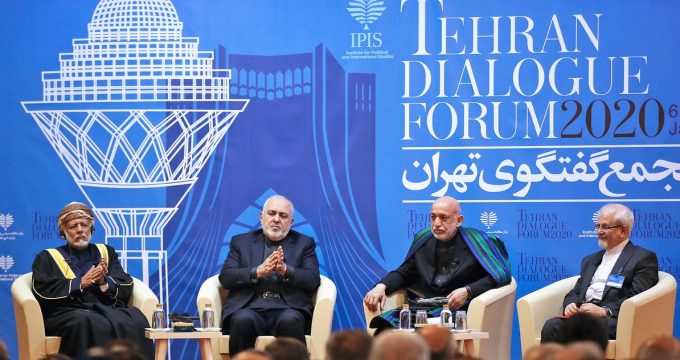 MNA – ‘Tehran Dialogue Forum; 23rd Persian Gulf International Conference’ opened in the Iranian capital on Tuesday morning with the participation of a number of foreign officials, ambassadors, and experts.

Notable regional figures including Foreign Minister of Oman Yusuf bin Alawi and former President of Afghanistan Hamid Karzai, as well as many experts, directors of various foreing think tanks, and ambassadors are taking part at the forum.

In a tweet on Monday, Zarif said Tehran Dialogue Forum will discuss ways of achieving regional security, including the Hormuz Peace Endeavor (HOPE).

He said the forum is a counterpoint to the US’ display of “utter contempt for UN Charter & its catastrophic adventurism encourages extremism and terror.”

President Hassan Rouhani presented the initiative while delivering a speech at his UN General Assembly meeting in September and invited all regional countries to participate in it.

According to FM Zarif, Tehran’s proposal is aimed at enhancing solidarity, mutual understanding as well as peaceful and friendly relations between countries in the region in order to guarantee the territorial integrity and political independence of regional states.