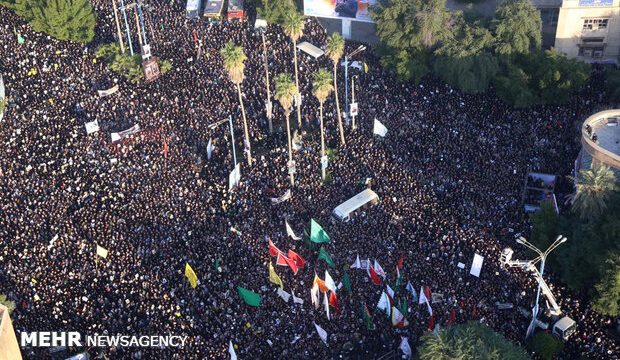 Iran has announced that it will no longer abide by any of the limits imposed by the unravelling 2015 nuclear deal, and Iraq’s parliament urged its leaders to expel troops from the US-led coalition, as the aftershocks of the assassination of Iranian general Qassem Suleimani reverberated through the Middle East.

In a statement broadcast on state TV late on Sunday, the Iranian government said the country would no longer observe limitations on uranium enrichment, stockpiles of enriched uranium or nuclear research and development. But the statement noted that the steps could be reversed if Washington lifted its sanctions on Tehran.

The announcement came hours after hundreds of thousands took to the streets in Iran to mourn Suleimani as his remains were carried through the cities of Ahvaz and Mashhad, ahead of a burial in his hometown on Tuesday.