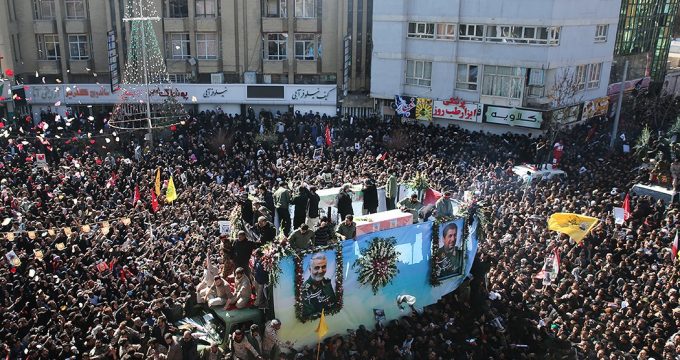 RT – Dozens of people have been killed and injured in a stampede that occurred during a funeral procession for slain Iranian General Qassem Soleimani, state media reported.

Iranian state television said that the funeral, held in Soleimani’s hometown of Kerman, erupted into chaos on Tuesday.

Graphic videos on social media purportedly show trampled bodies lying on the street. The stampede left at least 35 people dead and injured 48 others. A huge crowd turned up to pay their last respects to Soleimani, who was killed by a US drone strike in Baghdad last week.

A number of people die in stampede during the funeral ceremony of Lt. Gen. Soleimani in his hometown city of #Kerman: Head of #Iran’s Emergency Organization #QassemSoleimanipic.twitter.com/xgrjP8QrME

Mourners dressed in black held portraits of the Quds Force leader as they slowly moved through the streets of Kerman.

A funeral ceremony in Tehran held on Monday reportedly drew more than a million people, but no serious injuries or deaths were reported.