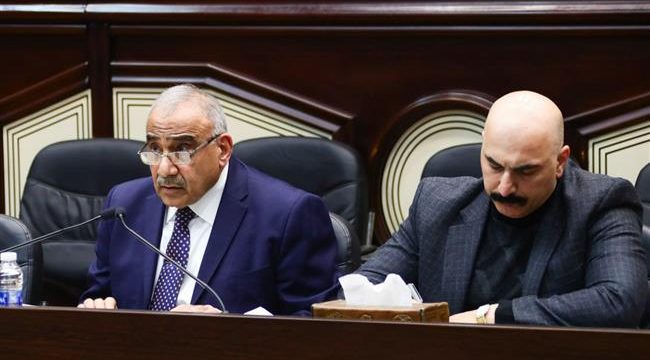 Press TV – Iraq’s Caretaker Prime Minister Adel Abdul-Mahdi has said that Lieutenant General Qassem Soleimani was set to deliver Tehran’s reply to an earlier Saudi message regarding de-escalation talks mediated by Baghdad when he was assassinated.

Abdul-Mahdi made the remarks during an extraordinary parliamentary session in the capital which led to the adoption of a law demanding the withdrawal of US forces from the country on Sunday, the National Iraqi News Agency reported.

The premier said that he was due to meet Soleimani at 8:30 am local time on Friday before the US assassinated the general a few hours earlier.

The revelations come as Baghdad has been mediating talks between Tehran and Riyadh following a recent uptick of tensions the region.

Sunday’s parliamentary vote was held in response to Washington’s Friday airstrikes targeting Soleimani and his comrades.

Iran’s judiciary has said that the attack took place despite Soleimani being a “formal” and “high profile” guest of the Iraqi government.

The Sunday vote comes as many Iraqi figures and parliamentary factions have been long demanding the withdrawal of US troops from the country, specifically following a series of unclaimed airstrikes on PMU forces.

Abdul-Mahdi also revealed in his Sunday remarks that Washington had confirmed to Baghdad that Tel Aviv was behind a number of the attacks.

“America informed us that Israel bombed the warehouses of the PMU last summer,” he said, calling on the parliament to take all measures to end the presence of foreign forces in Iraq.

Witnesses told AFP that the rockets had landed close to the US embassy without further elaborating on probable casualties.