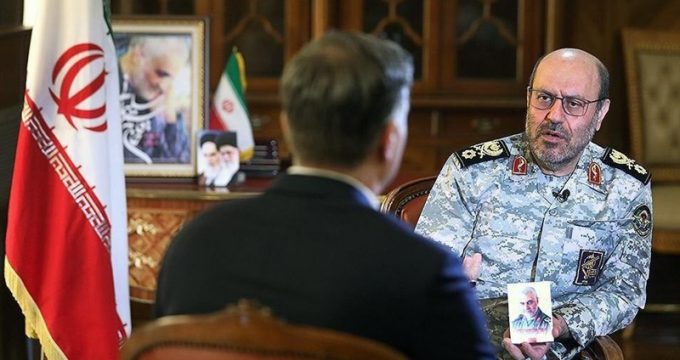 Iran’s military threat: The US can’t protect everything all the time

CNN | Brad Lendon: Iran’s vow to strike the US military in retaliation for the killing of its top general presents the Pentagon with a massive force protection problem that events of the past 48 hours — and past 40 years — illustrate in American blood.

In an exclusive CNN interview on Sunday, Maj. Gen. Hossein Dehghan — the military adviser to Iran’s Supreme Leader, Ayatollah Ali Khamenei — said that Tehran’s response to the drone strike on Qasem Soleimani in Baghdad last week would be to hit back directly on American “military sites.”

From Singapore to Djibouti and Bahrain to Brazil, today the US operates about 800 military bases and logistical facilities outside its sovereign territory — more than any other nation. Hundreds of other installations, large and small, exist on US territory.

Every US installation — even every soldier, sailor, airman or Marine — could be a target. Presumably that could also include US Navy ships at sea, US Air Force planes at airports or in the world’s skies, or even US troops enjoying themselves off base and off duty.
“There are many ways to hit US personnel, and you can’t protect them all,” said Carl Schuster, a former director of operations at the US Pacific Command’s Joint Intelligence Center. 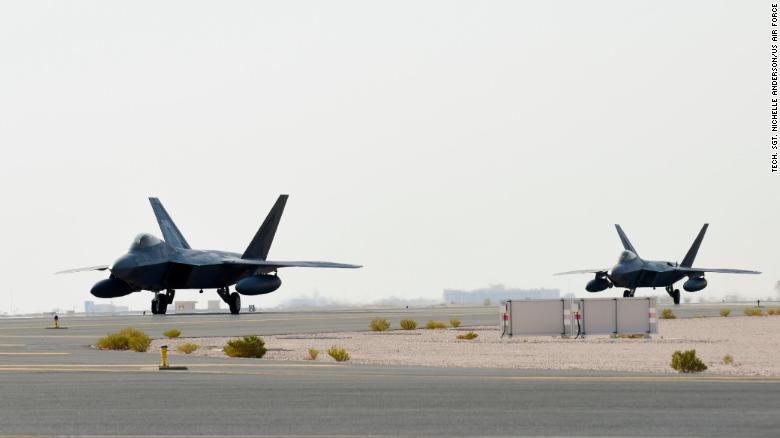 The threat could come from Iranian forces themselves or proxies deeply tied to Tehran.
“Iran has a worldwide reach through their clandestine networks,” said Christopher Costa, the former senior director for counter-terrorism at the National Security Council under the Trump administration who now heads the International Spy Museum in Washington.
One of those proxies, Hezbollah in Lebanon, is thought to be behind the attack on the US Marine Barracks at Beirut airport in 1983, a suicide truck bombing that killed 241 US service personnel including 220 Marines. It remains the deadliest attack against Marines since the battle of Iwo Jima in the Pacific during World War II.
A Hezbollah group was also blamed for the 1996 bombing in Saudi Arabia of Khobar Towers, a US military housing complex, that left 19 airmen dead.
And the group’s leader in Lebanon, Hassan Nasrallah, said Sunday it is ready to mete out “just retribution” for Soleimani’s death.
“The US military presence in the region, US military bases, US military vessels, every US officer and soldier in our region and in our countries and on our lands. The US military are the ones who killed (Soleimani) and they are the ones who will pay the price,” Nasrallah said in a televised speech.
Hezbollah has reach across the Middle East and into Africa, Schuster said, including in Kenya — where three Americans were killed at the weekend in an attack by the al-Shabaab terror group.
Though al-Shabaab is not allied with Hezbollah, Sunday’s attack at a remote airstrip near a US military installation shows just how exposed US forces can be to foes with hostile intent.
The naval threat
The US Navy has 293 deployable ships. While only about a third of those are at sea or based in foreign ports at any one time, each still presents a possible target.
For instance, in October 2000, the guided-missile destroyer USS Cole was attacked while in port in Aden, Yemen, for refueling.
The blast — from suicide bombers in a small boat laden with explosives — blew a hole in the side of the 8,500-ton ship, killing 17 US sailors. While those terrorists were linked to al Qaeda, the attack showed the vulnerability of high-tech warships to a relatively simple bomb.
Then-Defense Secretary William S. Cohen said that with US force protection measures at the time, the attack could not have been prevented. Ultimately the Navy implemented new measures to protect its ships in port, including exclusion zones around US ships.
But Schuster said that in foreign ports, protection is only as good as the host country enforcing it.
“It creates an international incident if we enforce it in someone else’s sovereign territory,” he said.
While the US has added security measures, adversaries are evolving too.
Schuster said Iran has thought to have developed skilled divers who can swim under and around ships and attach mines to their hulls, something that even the tightest security can have difficultly detecting.
Another low-tech threat to US ships is mines, like an Iranian one that almost broke a US frigate in half in 1988.
The USS Samuel B. Roberts struck the mine in the Persian Gulf, wounding 10 of its crew, blowing a 15-foot hole in its hull and breaking the frigate’s keel — damage that almost always sends a ship to the bottom. However the crew of the Roberts was able to save the vessel, in part by using heavy steel cables to tie cracked portions of the ship’s superstructure together.
Schuster said that mine used World War I technology, simple explosives with a percussion detonator, and is likely still in the Iranian arsenal to this day.

While the US military will be on heightened watch after the latest Iranian threats, it’s hard to stay on constant alert.
“Tight security tends to impede your operations,” Schuster said, citing the need to resupply bases or ships and the movement of personnel in or out. “You can’t guard them all the time for a very long period of time.”
And Iran has the patience for that moment of weakness to come, he said. “They are waiting for someone to relax,” he added.
A California police chase in 2016 even illustrates how difficult it is to predict every threat.
In that incident at Naval Air Station Lemoore, two people in a Jeep Cherokee fleeing a California Highway Patrol stop traveled 7 miles (11 kilometers) inside the base and slammed into a $60 million F/A-18 fighter jet.
Base officials said that all exit and entry points had been properly manned with security personnel when the incident occurred. They did not reveal how the vehicle still managed to get past both them and barriers designed to prevent such entries.
At the time, all homeland US military bases were under what the Pentagon calls Force Protection Condition Bravo, which is defined as an “increased and predictable threat of terrorism” — the third-highest of the five-tier rating.

Other types of threats linger in US homeland bases as well. Just last month, shootings inside Naval Air Station Pensacola in Florida and Pearl Harbor Naval Shipyard in Hawaii left a total of five people dead.
Both shooting suspects — a US Navy sailor at Pearl Harbor and a Saudi military officer training in the US at Pensacola — were authorized to be on the bases, and neither has been linked to terrorism.
But the shootings show the difficult task of looking into the minds and history of the millions of people who have access to US military facilities worldwide.
“Tight security tends to impede your operations,” Schuster said, citing the need to resupply bases or ships and the movement of personnel and contractors in or out. “You can’t guard them all the time for a very long period of time.”
And even if you could, he said, it probably wouldn’t be enough.
“Iran is not deterred by tight security,” he said. “What deters them is the probability of failure. They focus on success.”
Iran-US tensions, US airstrikes on Iraq, US assassination of General Qassem Soleimani January 6, 2020
Iranian, Lebanese FMs discuss regional developments
Erdogan says killing of Soleimani should not be left without response