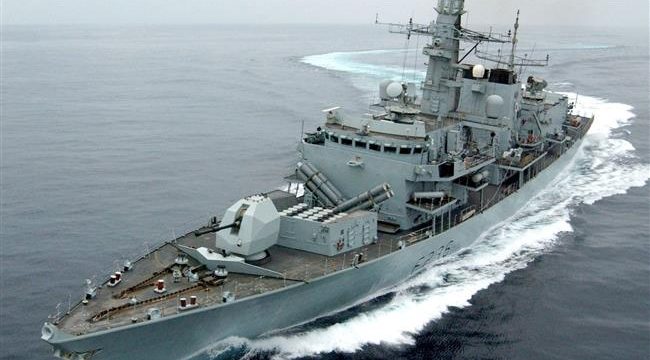 Press TV – The UK Navy says it will accompany the British-flagged ships through the strategic Strait of Homuz, as regional tensions escalate in the wake of the US assassination of Iranian General Qassem Soleimani in Iraq.

London says the escort is aimed at providing “protection” for its commercial ships, as tensions run high in the region after the United States assassinated IRGC Quds Force Commander General Soleimani and top Iraqi commander Abu Mahdi al-Muhandis in an airstrike near Baghdad Airport early Friday.

British defense minister Ben Wallace said he had ordered the HMS Montrose and HMS Defender to prepare to escort duties for all ships sailing under a British merchant flag.

“The government will take all necessary steps to protect our ships and citizens at this time,” he said.

Wallace said he had spoken to his US counterpart, Defense Secretary Mark Esper, urging restraint on all sides.

The UK Navy’s decision came after activists gathered outside Downing Street in central London on Saturday to condemn the US assassination of top Iranian commander.

Shadow Chancellor John McDonnell of the Labor Party also attended the ‘No War with Iran’ rally, hosted by Stop the War Coalition, calling on the UK government to publicly denounce the attack.

McDonnell said that “it is not good enough for the UK government just to appeal for a de-escalation. What we expect the UK government to do is to come out in total and outright condemnation of this act of violence.”

The protesters were seen with banners urging an end to aggression against Iran and against any further escalation of the issue.