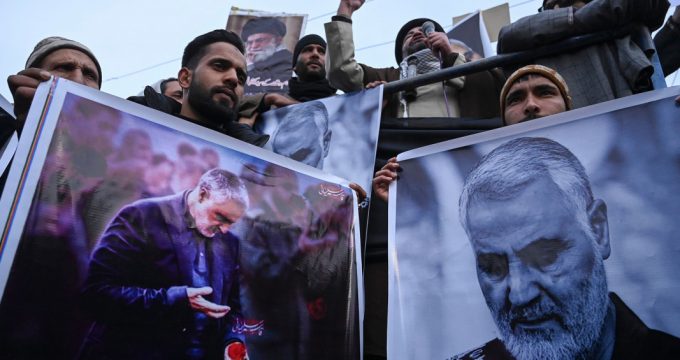 Al-Monitor | Rohollah Faghihi: Many Iranians were shocked to wake up to the news of the assassination of Qasem Soleimani, the chief commander of the Islamic Revolutionary Guard Corps’ Quds Force. The surprising development is already bringing the political groups and people inside Iran closer to each other as the possibility of war looms.

It was around 3 a.m. in Tehran when reports about the United States killing Soleimani were first announced on Iraqi television. Iranian media outlets needed time to confirm the news and at first only reported the assassination of Abu Mahdi al-Muhandis, the deputy head of Iraq’s Popular Mobilization Units. Finally, after two hours of uncertainty, Iran’s state TV broke the news to Iranians, confirming the death of Soleimani.

The first Iranian official to react to the US strike was Gen. Mohsen Rezai, a former IRGC chief commander who vowed to take “harsh revenge” against the United States. Minutes later, Hesam Ashena, a senior adviser to Iran’s president, described Soleimani’s killing as “crossing the red lines” of Iran, saying US President Donald Trump awaits the “consequences” of his decision.