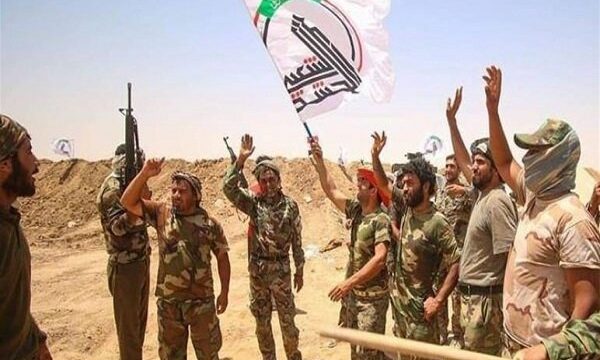 MNA – Anthony Cartalucci, Bangkok- based geopolitical researcher, says Iraq’s Popular Mobilization Units (PMU) play an undeniably significant role in foiling the US’ plots in the country as the forces have many “homefield” advantages over America and its proxies.

US forces on Sunday conducted drone strikes on a number of bases for Kata’ib Hezbollah, which is part of Iraq’s PMU, known by the Arabic name Hashd al-Sha’abi, in western Anbar province, killing at least 25 individuals and leaving another 51 injured.

The US attack prompted massive public anger in Iraq on Tuesday, with protesters storming the US Embassy in Baghdad and seizing the building after American diplomatic personnel had been forced to evacuate.

Many believe these aggressive measures come from Washington’s fear of the empowerment of such forces that disturb the activities of its mercenaries in the region.

In an interview with Mehr News Agency, the Bangkok- based geopolitical researcher Anthony Cartalucci elaborated on the PMU’s role in nipping the US’ plots in the bud and the reasons behind American’s assault against the popular units’ positions in Iraq

How do you see the role of Iraq’s PMU in foiling the US plots for the country?

The popular mobilization units have been a key check and balance against US-led state-sponsored terrorism across the Middle East. They have served on the front line against Al Qaeda, ISIL, and various affiliates and allies. They also help serve as a check and balance within nations like Iraq which still stand divided after years of extensive US meddling and political interference. Whatever direction the Iraqi military may go in, there is at least the PMU’s to ensure communities have a means of defending against deliberately coaxed sectarian violence.

The PMU also serves as an indirect – and thus difficult to disrupt – form of influence Iran and its allies can exert across the region to counter America’s likewise indirect methods of projecting power and influence. Because the PMU’s are drawn from the region and sponsored by nations in the region, they have many “homefield” advantages over America and its proxies.

Why did the US attack the PMU?

The US is losing not only its regime-change war in Syria but also its influence over nations like Iraq despite literally militarily occupying them. The attack on PMU’s is meant to provoke conflict, invite escalation, and serve as an attempted show of power.

Unfortunately for Washington – the region has watched the US wage large scale war and covert war for now nearly 2 decades. A handful of additional airstrikes makes little difference and if anything serves to illustrate American impotence. The PMU’s and their sponsors must exercise caution and patience – continue on with the successful formula they’ve used to help usher the region out from under US hegemony – and avoid falling into traps sprung by such provocations.

Isn’t the US attack a violation of Iraq’s sovereignty?

The US attacks are most certainly an absolute violation of Iraq’s (and Syria’s) sovereignty. The US carried out the attacks unilaterally and in direct contravention to international law. They also found themselves condemned strongly by the Iraqi government itself. The PMU’s have served on the front line against terrorist groups the US itself – at least superficially – acknowledges must be confronted and eliminated. Thus the US essentially ignored Iraqi sovereignty, Iraq’s best interests, all in an effort to attack militias engaged in a critical battle against internationally recognized terrorist groups.

In many ways, these attacks serve as a new low point in US foreign policy. We can only hope that in the new year to come more rational minds prevail in Washington and the Middle East can find relief from this enduring belligerence.