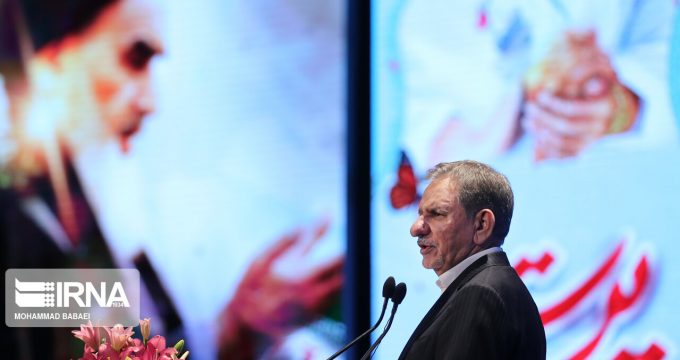 MNA – Iran’s First Vice-President Es’hagh Jahangiri says the government is exerting every effort to reduce the negative impacts of the US sanctions, especially those hampering the procurement of medical products and equipment.

Addressing a ceremony in Tehran on Thursday, on the occasion of National Nurses Day, Jahangiri said Iran could overcome almost any obstacle that have hindered the procurement of medicine required for the country.

He noted that the growth of indigenous medicines and medical equipment has helped remove many of the obstacles created by the US sanctions for the health sector, adding that the government will continue the efforts to remove these hurdles.

He rebuked the US for “claiming that they have not sanctioned Iran’s medical sector,” saying, “How is it possible to supply necessary medicines when the country’s oil sector — as the main source of income — is put under sanctions?”

“Even if we have financial resources to provide such goods, they block our access to international markets by sanctioning our banking system,” he added.

Earlier this week, Minister of Health, Treatment and Medical Education Saeed Namaki in a letter to the Secretary-General of World Health Organization (WHO) Tedros Adhanom criticized the US sanctions against Iran, saying that Washington’s sanctions have made it impossible for Iran to import medicine and medical equipment.

“While the US government claims the economic sanctions against Iran do not include medicines, foodstuff, and medical supplies, Washington has blocked almost all of Iran’s financial transactions through the international banking system,” Namaki said.

The United States is not only guilty of waging “economic terrorism” against Iran by boycotting the country, but it has also committed crimes against humanity by its sanctions on Iranian citizens, he added.