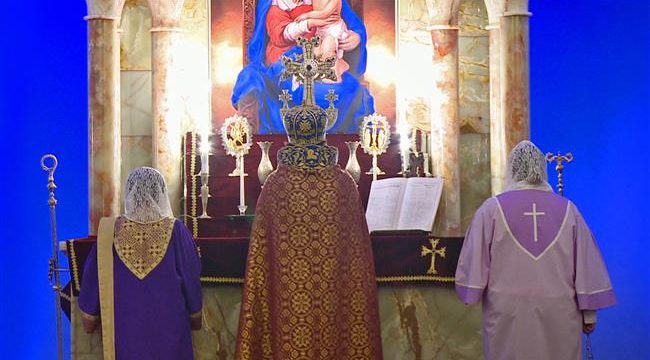 Press TV – The Christian New Year has kicked off and celebrations are underway across the world, and Iran is no exception.

Just like every year, Armenian Christians in Tehran visit Saint Sarkis Church in a downtown district to observe the festivity with prayers.

Most of the Christians in Iran are Armenians who follow the Oriental Orthodox branch of Christianity. Like many other Christians, they mark the New Year with family gatherings, among other traditions.

Like other Christian communities, Iranian Armenians mark the New Year on January first, but they observe Christmas on January 6th, instead of December 25th. Still, they start celebrations along with their fellow Christians around the world.

Christians make up less than one percent of Iran’s population, but when it comes to the Christian New Year, the festive mood is felt everywhere, since these people feel at home with publicly celebrating the occasion.