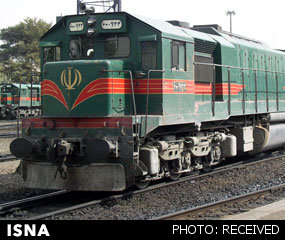 Financial Tribune – A total of 456 locomotives and passenger, cargo and self-propellant wagons have been added to Iran’s rail fleet since the beginning of the current Iranian year on March 21, registering a 95% increase compared with the similar period of last year, the head of the Islamic Republic of Iran Railways said.

“These wagons and locomotives have been domestically produced,” Saeed Rasouli was also quoted as saying by Mehr News Agency.

Director General of Arak Railways Mohammad Reza Qorbani told IRNA that 4,301 cargo wagons have been renovated since the beginning of the year.

“Some 1,066 freight wagons, making up 25% of the total number, were revamped in Arak, the capital city of Markazi Province, which is considered a hub for rolling stock repair,” he added.