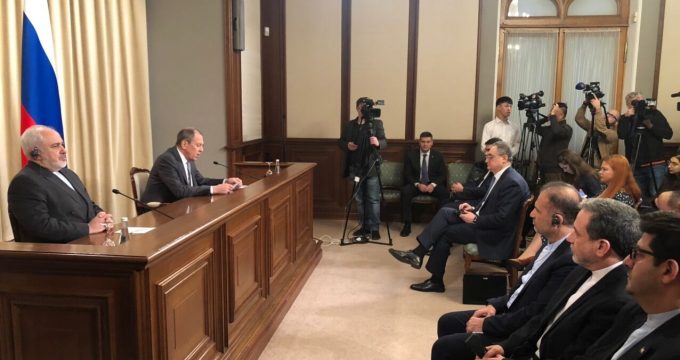 “Unlike others who embark on “defensive” warmongering 1000s of miles from their own shores, Iran and Russia have cooperated for peace in Syria and are now presenting important proposals for peace in the Persian Gulf,” he added.

In related news, Foreign Ministry Spokesman Abbas Mousavi said on Monday that Foreign Minister Mohammad Javad Zarif will leave Moscow for Beijing in the second leg of his regional tour.

Zarif arrived in Moscow late on Sunday to hold talks with senior Russian officials, including his counterpart Sergei Lavrov, on a wide range of issues.

In China, various international, regional and bilateral issues, including the July 2015 nuclear deal, will be discussed, the spokesman said.

On December 27, Iran, Russia, and China started staging a four-day trilateral naval exercise in the north Indian Ocean and Sea of Oman to share experiences in the fight against terrorism and piracy.