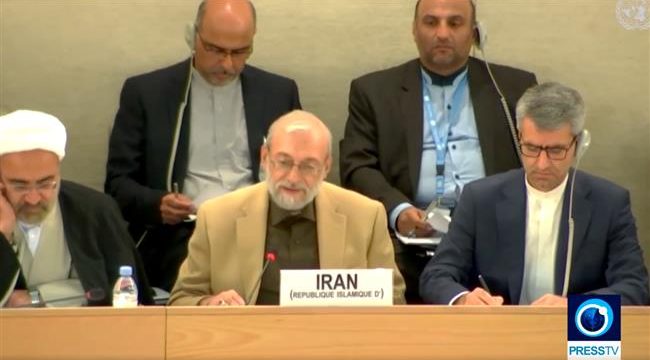 Radio Farda – In another clear sign of the once all-powerful Larijani family losing influence in Iran, the country’s Judiciary announced that Mohammad-Javad Larijani has been removed as head of Iran’s High Council for Human Rights.

Two other Larijani brothers headed both the legislature and the Judiciary just one year ago and seemed strong in their positions. Sadeq Amoli-Larijani was abruptly replaced as head of the Judiciary in early 2019 and Ali Larijani is ending his tenure as Speaker of Parliament in February.

After the downfall of Sadeq Amoli-Larijani, some of his former aides at the Judiciary were arrested or indicted on corruption charges under the new leadership of Ebrahim Raeesi (Raisi), who some believe is a contender for the position of Supreme Leader in the future.

There have been several corruption accusations against the Larijani brothers over the years, including usurpation of public lands.

Iran’s High Council For Human Rights operates within the Judiciary and represents the country at relevant international organizations and forums. Mohammad-Javad Larijani was initially appointed fifteen years ago to head the office and served three different judiciary chiefs during his tenure.

The new head of the human rights office, Baqeri Kani is close to Iran’s hardliners and was part of Iran’s nuclear negotiating team during the presidency of Mahmoud Ahmadinejad. He has also held diplomatic posts.

His brother is the son-in-law of Supreme Leader Ayatollah Ali Khamenei.