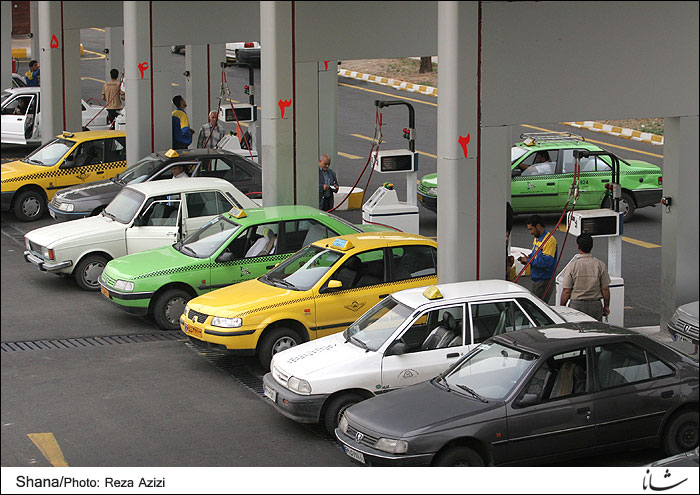 Promoting CNG as the national fuel, challenges and merits

MNA | Ebrahim Fallahi: Following the implementation of the gasoline rationing scheme, the government has been promoting the use of Compressed Natural Gas (CNG) as a replacement for gasoline, and has declared the mentioned fuel as the country’s national fuel.

It has been said that people have also been welcoming CNG after the rationing because of the rise in gasoline prices and since, being a cheaper fuel, CNG seems a more affordable fuel for most of the people with lower income ranges.

In theory, replacing gasoline with natural gas, which is a cleaner and more accessible fuel in Iran, seems a very practical and beneficial plan, however, just like any other large-scale program implementing such a scheme on a national level requires great preparation in terms of infrastructure and education.

As one of the world’s energy-reach countries, Iran also holds the title for the top country in terms of fuel subsidies. For many years, the government was planning to follow the footsteps of more advanced counties and to reduce such subsidies. However, due to economic and political conditions, the realization of such a scheme was postponed numerous times.

Finally, in mid-November the government started rationing of subsidized gasoline and increased fuel prices, announcing that it plans to use all the proceeds of the scheme for directly supporting underprivileged families.

Immediately after starting the program, the government also began a plan for promoting alternative fuels in order to mitigate the impact of price hikes on the low-income population.

Speaking in a press conference, Hassan Gholipour put the average consumption of CNG in the month before the gasoline rationing, at 19.3 million cubic meters per day (mcm/d), and said the figure had risen to about 22 mcm/d, indicating a two-mcm/d growth.

Speaking in a seminar on fuel consumption management in Tehran on Sunday, Amir Vakilzadeh said: “Compared to international standards, every car in Iran consumes one liter more gasoline every day. So with an estimation of 17 million cars being used in the country, 17 million liters of gasoline will be saved per day only by upgrading the automotive industry.”

National fuel and its challenges

However, in order for this program to succeed, the government needs to prepare the necessary infrastructure across the country.

According to Amir Vakilzadeh, CNG constitutes nearly 24 percent of the country’s fuel consumption basket while LPG accounts for 1.5 percent.

Currently over 2500 CNG stations are operational across the country in which 20 million cubic meters of CNG is distributed on a daily basis.

Although many government officials praise the oil ministry’s efforts in providing the infrastructure for promoting CNG consumption, many energy experts and analysts do not share their views.

In an Interview with EghtesadOnline, Hamid Salehi, the head of Iran Chamber of Commerce, Industries, Mines and Agriculture (ICCIMA)’s Energy Committee, said: “One of the most important infrastructures needed for promoting CNG consumption is setting up enough CNG stations across the country, which unfortunately is not well provided even in metropolises such as Tehran.”

“Many provinces lack enough gas stations, Sistan-Baluchestan is one of the most prominent examples in this regard,” he added.

“Government is inviting people to change their cars into dual-fuel ones, however, we see little changes in infrastructure and in the number of CNG stations, this could result in long lines at CNG stations and could add to the problem,” he said.

In addition to the mentioned infrastructure, Salehi believes another important aspect of the issue is the lack of education and cultivation about proper and optimized fuel consumption.

There is also the issue of safety and producing high-quality dual-fuel vehicles in accordance with international standards.

Unfortunately, due to the poor quality of such equipment in the country, every year numerous CNG or LPG-related explosions are recorded across the nation, which consequently makes people reluctant to lean toward using gas-fuel or dual-fuel cars.

Encouraging people to use natural gas instead of gasoline is a good thing in itself, however, as we mentioned earlier, a variety of issues must be taken into consideration in moving along such a path.

Constructing new CNG stations in the country in order for people to have easy access to the fuel; monitoring the country’s auto industry in order to produce high-quality dual-fuel vehicles and also supervising the process of changing gasoline-fuel cars into dual-fuel ones in order to prevent equipment-related safety hazards, and finally teaching people about the merits of using clean fuels and the impact which they would have on the environment, can be mentioned as some of the ways through which the government would be able to successfully implement its plans for establishing CNG as the national fuel.