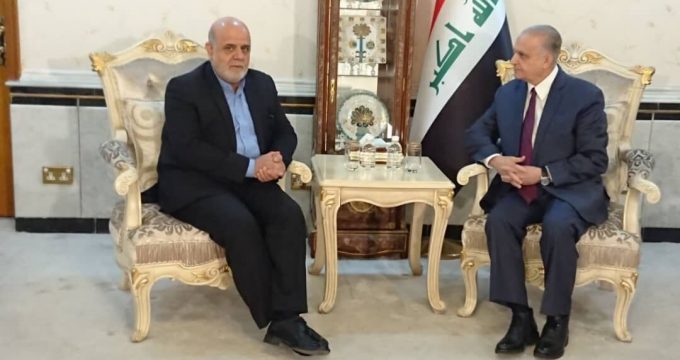 IRNA – Iran’s Ambassador to Iraq Iraj Masjedi on Sunday called for reopening of his country’s consulate in Najaf and resuming consular activities.

In a meeting with Iraqi Foreign Minister Mohammad Ali al-Hakim, he also elaborated on bonds between the two nations and governments and reiterated reopening Iran’s consulate in Najaf.

Stressing the need for immediate reopening of the consulate, Masjedi called for repairing the damaged mission.

Rioters affiliated to the enemies of the two nations attacked Iranian consulate in Najaf several times under the cover of recent protests and set fire to it late in November.

Immediately after the incident, Iraqi Foreign Minister Mohammad Ali al-Hakim in a telephone conversation with his Iranian counterpart Mohammad Javad Zarif apologized for the attacks on Iran’s consulate in Najaf, reiterating the Iraqi government’s commitment for protecting Iranian diplomatic sites and diplomats.