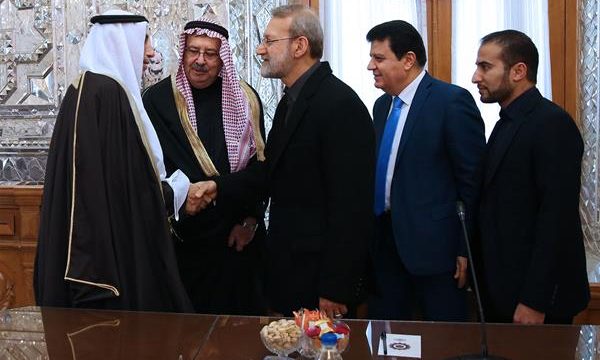 Tasnim – Iranian Parliament Speaker Ali Larijani highlighted the military victories of the Syrian government against terrorist groups and said the crisis has come to an end and the era of the Arab country’s reconstruction has begun.

“The Syrian crisis is over and we are now in the era of its reconstruction,” Larijani said at a meeting with a delegation of representatives from Syrian tribes in Tehran on Saturday evening.

Larijani further highlighted the Syrian army’s victories over terror groups and said its forces have proved their competence in counter-terrorism.

During the meeting, the representatives of the Syrian tribes expressed their gratitude to the Islamic Republic for its support in the Arab country’s fight against terrorism and said that Iran played a constructive role in resolving the Syrian crisis.