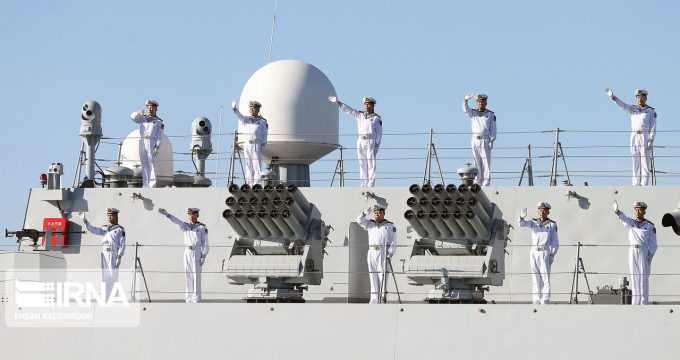 ‘No joke, intruders will be shot!’ Iran warns spies to keep clear of its joint drills with China & Russia

“A joint war game is no joke, and this is no joking matter for us either,” the deputy chief of Iran’s army for coordination, Rear Admiral Habibollah Sayyari, told reporters on Saturday. “Many countries are definitely seeking to know what the matter is. Spies have also taken action.”

We will hit whatever spying craft in the war game zone, be it watercraft or aircraft, as we have proved having such a capability in the past.

The four-day exercise between the three nations began Friday in the Gulf of Oman, which saw multiple maritime incidents this year, while a section of the drills is set to take place in the northern parts of the Indian Ocean.

The Iranian admiral did not elaborate on the possible identity of the spies, but earlier this week Washington announced it was “aware” of the drills and, according to Pentagon spokesperson Sean Robertson, was closely monitoring the area.

We are monitoring it and will continue to work with our partners and allies to ensure freedom of navigation.

The waters around Iran saw a number of maritime incidents this year, which began with a mysterious attack on four merchant ships, including two Saudi oil tankers, at a UAE port in the Gulf of Oman. Despite the lack of any solid evidence, the blame for the incident was pinned on Iran by the US and its allies. A similar incident occurred in June, when two oil tankers were damaged by what appeared to be limpet mines while transiting the Gulf of Oman – and Tehran was blamed yet again.

Under the pretext of these “provocative actions” by Iran, Washington launched a maritime “policing” mission in the region – which found little enthusiasm among its allies. The period of relative calm that followed these suspicious incidents puzzled even the US Navy’s own chief. Acting Navy Secretary Thomas Modly claimed this week that there is no doubt Tehran is still looking for an opportunity to create more “mischief” – and said “regime change” might be the only viable solution to the problem.