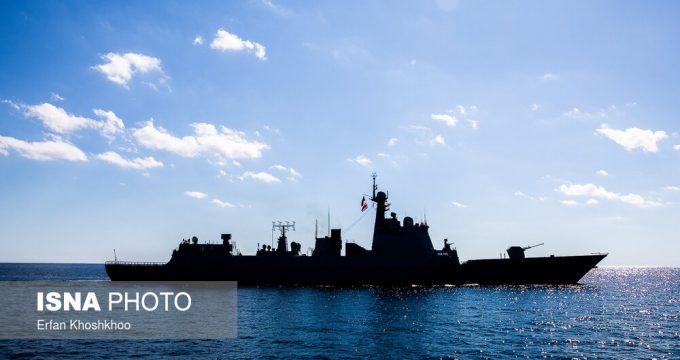 MNA – The 3rd day of a joint naval drill between Iran, Russia and China finished with a parade of naval units of participating countries in Northern Indian Ocean.

The parading ceremony was attended by the Iranian Navy Commander Rear Admiral Hossein Khanzadi and Deputy Chief of Staff of the Iranian Armed Forces Brigadier-General Mehdi Rabbani as well as other commanders and officials of the Armed Forces.

Moreover, SH-3 and AB-212 choppers of Iran’s Army Navy and also Mi-17 helicopter of IRGC’s Navy participated in this parade.

The joint naval drill between Iran, Russia and China kicked off in Shahid Beheshti Port of Chabahar on Dec. 27 with the participation of naval units of Russia and China.

The joint drill, which is the first of such cooperation with Iran since the 1979 victory of Iran’s Islamic Revolution with two major world naval powers at this scale showed that the efforts, investment, and sanctions for isolating Iran have not only worked but have also led to the convergence and unity of regional powers, he added.

Iran, Russia, and China started a four-day joint maritime drill, codenamed “Marine Security Belt”, which includes tactical exercises such as rescuing frigates under attack, began on Friday in the port city of Chabahar in southeastern Iran and are due to continue in northern parts of the Indian Ocean. The three countries have sent some of their most advanced vessels to take part in the four-day exercises.