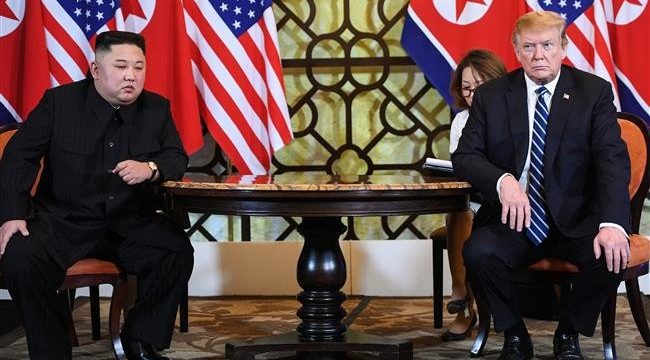 The Guardian | Julian Borger: Donald Trump’s approach to the world is little more than a tangle of personal interests, narcissism and Twitter outbursts

The new decade is about to start under many shadows, but none is more ominous than North Korea’s threat to return to nuclear and long-range missile tests after a two-year lull.

Pyongyang’s pendulum swing from enthusiastic summit diplomacy back to name-calling and threats comes as Donald Trump is increasingly focused on his re-election campaign.

That may be a good thing, as the US president will be wary of provoking a crisis to spoil his narrative of peace and prosperity.

Or it could be a very bad thing: Kim Jong-un could seek to exploit a moment of maximum leverage and miscalculate.

Donald Trump, Kim Jong-un, US foreign policy December 29, 2019
‘No joke, intruders will be shot!’ Iran warns spies to keep clear of its joint drills with China & Russia
Iran, Afghanistan to link up through railway in March: Official