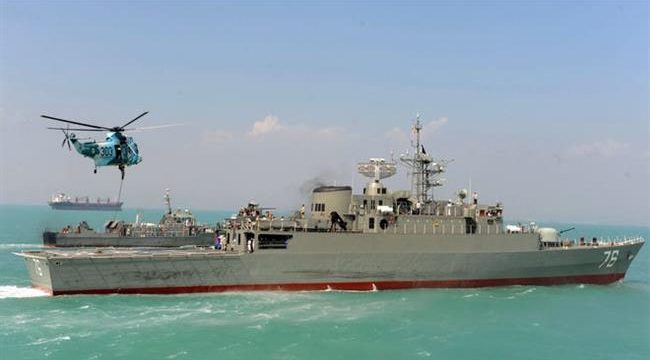 US Navy official accuses Iran of taking ‘provocative actions’ in ME

MNA – Coincides with China, Iran, and Russia joint naval drills Acting US Navy Secretary Thomas Modly said on Friday that Iran could carry out “provocative actions” in the Strait of Hormuz and elsewhere in that region in the future despite a period of relative calm.

“I think they’re going to continue to perform provocative actions over there… and I think they’ll look at every opportunity they can to do that,” Modly told Reuters.

Since May, the Pentagon has sent 14,000 additional troops to the region to deter Iran, including an aircraft carrier.

Modly suggested that US reactions to Iranian actions could take away from the Pentagon’s focus toward priorities like countering China.

“As they start creating mischief over there… our reaction is we send an aircraft carrier over there for 10 months,” he said.

Modly’s warning on future actions coincides with China, Iran and Russia beginning joint naval drills in the Indian Ocean and Gulf of Oman.

The Gulf of Oman is a particularly sensitive waterway as it connects to the Strait of Hormuz – through which about a fifth of the world’s oil passes – which in turn connects to the Gulf.

In this regard, Iranian Foreign Minister Mohammad Javad Zarif pointed to the joint naval drill between Iran, Russia and China and said, “Islamic Republic of Iran has announced readiness to cooperate with its neighbors in line with providing security of the Persian Gulf.”

He added, “the joint military exercise in the Sea of Oman and Indian Ocean with the participation of Russian and Chinese partners manifests the vast commitments of the country to safeguard security of vital waterways.