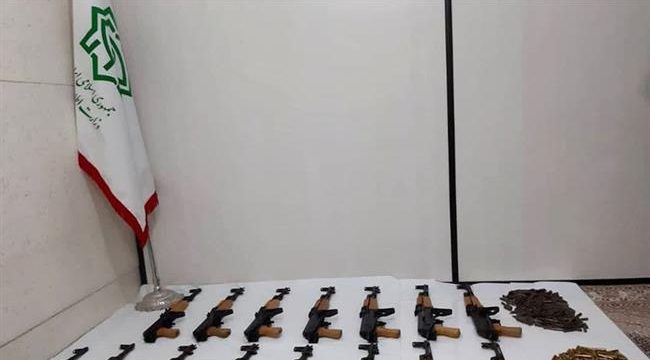 The apprehended terrorists have admitted to their crimes during police investigations, he said.

Abbaszadeh did not elaborate which group the detained individuals belonged to.

The group, he said, played a role in instigating violent riots in Ahwaz during protests against fuel price hikes in November.

The November protests descended into violence after riotous elements — some of them armed — infiltrated the protests, perpetrating acts of vandalism against public and private property, according to witnesses and official reports.

In some cases, reports indicated that certain elements had randomly shot at individuals present in the vicinity of protest locations in a bid to provoke further violence and unrest.

Iranian officials have said the attempts were backed by certain foreign states.

The shipment had been brought into the country from Iran’s western border in a bid to create insecurity, the report said.

Iranian security forces are known to have disrupted recruitment activities by terrorist Takfiri elements in Javanroud in the past.

Earlier this week, the Judiciary said a haul of American-made weapons had been seized in the central city of Isfahan and after being smuggled into Iran in order to be used in the November riots.

According to the public prosecutor of Isfahan, the consignment consisted of over 126 riot (pellet) guns, firearms, and AK-47 as well as 900 live rounds.