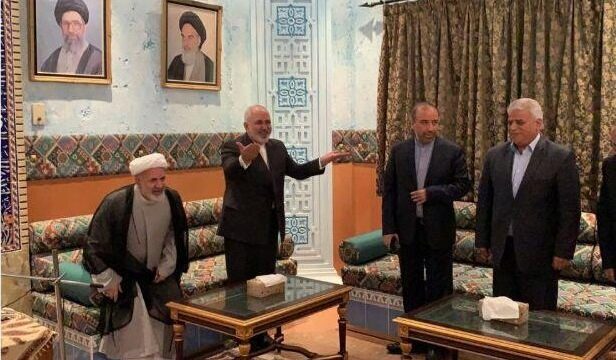 Zarif holds talks with Iranian businessmen based in Oman

In the meeting, the businessmen discussed various issues with Zarif and explored ways of improving their trade in the Arab country.

Accompanied by a high-ranking delegation, Zarif visited Muscat on Monday for talks with senior Omani officials on key bilateral, regional and international issues.

Despite the U.S. re-imposition of sanctions against the Islamic Republic, Oman is getting closer to Iran both politically and economically. There is also the same approach adopted by Iran, as Iranian companies now prefer to conduct trade with Oman rather than the United Arab Emirates (UAE), given that the UAE is highly complying with the sanctions.

Iran is somehow replacing some of its previous strategic trade partners such as UAE with Oman, considering the Sultanate as an economic-trade hub.

During the current year, there have been many meetings and negotiations between trade and economic officials from the state-run and private sectors of the two sides with the aim of strengthening and expanding bilateral trade ties.

An Iran-Oman business forum was held in early December, in which the two countries explored ways of further boosting economic relations.