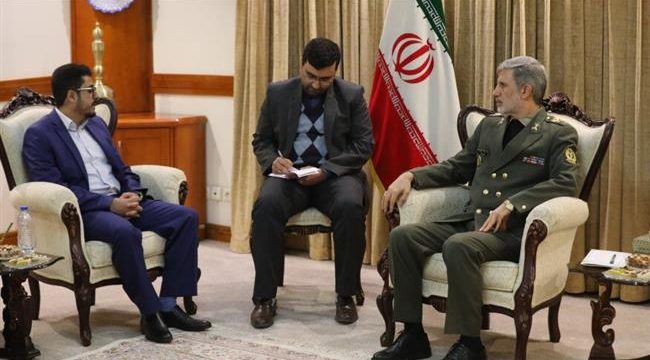 Brigadier General Amir Hatami made the remarks in a meeting with the new Yemeni ambassador to Tehran, Ibrahim Mohammad al-Dailami, on Monday.

“These achievements have astonished the world and in fact Yemenis have gone the way that the Islamic Republic of Iran’s Armed Forces trod during the eight years of the Sacred Defense,” the minister added, referring to the progress the Yemeni Armed Forces have made in relying on domestic experts in the field of weapons technology.

“Today, Yemen has reached a level of military capability that can penetrate deep into the enemy’s front, target enemy strongholds from a distance of more than 1000 kilometers, create deterrence, and disrupt military-political security equations in the region,” Hatami further said.

The Iranian minister also emphasized that the Yemeni crisis would be resolved through consultation and dialogue between all political parties in the country, stressing that the issue has no military solution.

“Yemen belongs to all Yemenis, and the Yemeni-Yemeni dialogue in a peaceful atmosphere with the participation of all parties, groups and political-social currents is the only practical solution to the complicated problems in this country,” Hatami said.

Saudi Arabia and a number of its regional allies launched a devastating campaign against Yemen in March 2015, with the goal of bringing a former government back to power and crushing the Houthi Ansarullah movement, whose fighters have been significantly helping the Yemeni army in defending the country against invaders since the onset of war.

The US-based Armed Conflict Location and Event Data Project (ACLED), a nonprofit conflict-research organization, estimates that the war has so far claimed more than 100,000 lives.

The imposed war has also taken a heavy toll on Yemen’s infrastructure, destroying hospitals, schools, and factories. According to the United Nations, more than 24 million people are in dire need of humanitarian aid, including 10 million suffering from extreme levels of hunger.

Despite being under harsh sanctions from the Western countries and the United Nations, the Yemenis managed to develop several types of surface-to-surface indigenous missiles and a number of military drones to defend from their countries against the invading Saudi-led coalition.

Yemeni forces regularly target Saudi-led positions both inside Saudi Arabia and Yemen in retaliation for constant airstrikes by the Riyadh regime.

Saudi Arabia’s allies, particularly the United States and Britain, have been providing the Arab kingdom with weapons in its war against Yemen.