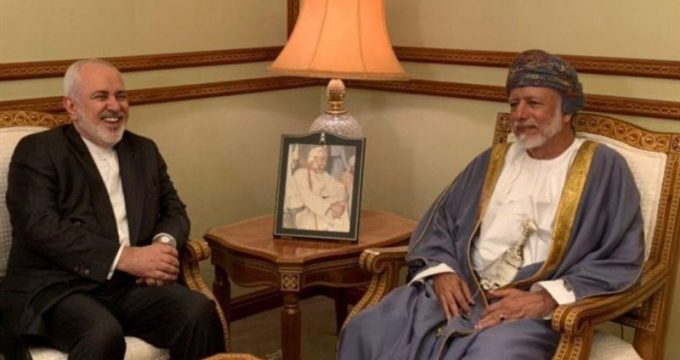 Iran, Oman FMs hold second round of talks in Muscat

MNA – The second round of Iran-Oman talks in Muscat was held between Iranian Foreign Minister Mohammad Javad Zarif and his Omani counterpart Yusuf bin Alawi on Tuesday morning.

The talks are mainly focused on the development of economic ties between the two Persian Gulf littoral states.

The first round of talks was held after arrival of Zarif to the Omani capital on Monday evening.

Zarif also met with Iranian businesspersons residing in Oman to explore the ways to boost the economic interactions between Iran and Oman.

The top diplomat’s trip is a follow-up to ongoing bilateral negotiations between the two countries.

The 18th Iran-Oman Joint Economic Committee meeting was held in Tehran on December 7 with industry ministers of two sides in attendance.

According to the Head of Iran-Oman Joint Economic Committee, Iran’s exports to Oman reached $728 million this year, while the two countries’ trade turnover hit $1.16 billion, indicating a 5.3 percent increase in trade between the two countries in about five years.