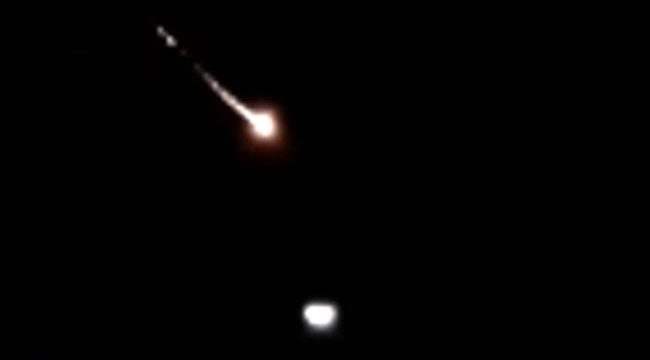 Press TV – Syrian air defense forces have repelled an attack launched from “the occupied territories”, according to Syrian state media.

Syria’s SANA news agency reported that the attack took place late on Sunday, with reports indicating that one of the four “hostile targets” was downed in the Aqrabah suburb near the capital Damascus.

SANA did not further elaborate on the possible targets and casualties of the attack.

Reuters, citing a source affiliated with pro-Damascus forces, said that four cruise missiles were believed to have been shot from the Lebanese airspace towards Syria.

Meanwhile, the Syrian military repelled two drones flying over an airbase in the western city of Hama. Syrian forces also downed a third one over the city of Latakia.

Unconfirmed images on social media allegedly show Israeli aerial activity over the southern Lebanese port city of Sidon prior to the attack.

The attack marks the end of month-long lull in Israeli strikes in Syria.

According to media reports, Israel last attacked Syria on November 20, with SANA reporting that Syrian air defense systems had fended off the Israeli air strikes on the capital and its suburbs.

Tel Aviv also confirmed the attack, claiming to have struck dozens of what it described as Iranian and Syrian targets.

Israel has carried out hundreds of airstrikes in Syria, including in the Golan Heights, most of them against what the Tel Aviv regime claims to be the positions of pro-Syrian forces.

The Syrian military has mostly absorbed the Israeli strikes, locking its defense systems on incoming fire.

In early 2018, Syria targeted and shot down at least one Israeli F-16 that had intruded into its airspace.

Syria has called on the United Nations to adopt necessary measures to stop Israel’s repeated acts of military aggression on the Arab country.