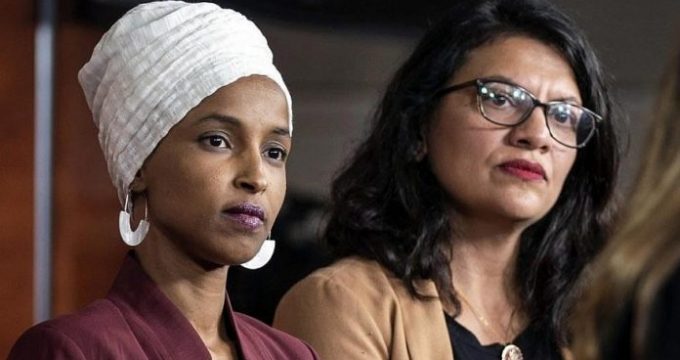 The letter focuses on the impact the sanctions are having on Iranians’ access to medicine, stating that while Iran manufactures 97 percent of its medicine domestically, it depends on foreign imports for the rest.

““We strongly urge the Administration to conduct a sweeping review of its sanctions campaign against Iran and identify and implement the necessary adjustments required to fulfill responsibilities under international law, as ordered by the ICJ [International Court of Justice] in October 2018, to protect the Iranian people’s right to health,” the lawmakers wrote.

The lawmakers argue in the letter that while the administration has taken steps to ensure that the sanctions do not interfere with humanitarian aid, they are not sufficient.

“On October 25, 2019, the Department of Treasury announced a new ‘humanitarian mechanism’ to allow medicine imports into Iran. However, this was coupled by the designation of Iran as a ‘primary money laundering concern’ under Section 311 of the USA Patriot Act,” the letter explains. This, argue the lawmakers, is “insufficient, as it creates rigorous conditions for foreign bank participation with regard to humanitarian trade.”

Rep. Grijalva said in a statement that “the Trump Administration’s ‘maximum pressure’ campaign on the Iranian government is resulting in horrific consequences on everyday Iranians—including those with life-threatening illness.”

He called on the administration to adjust its sanctions policy so as to ensure that life saving medicine can once again be imported into Iran.

“Instead of a blanket policy that punishes all Iranians, the United States should adjust the sanctions campaign to ensure that life saving medicine can reach some of Iran’s most vulnerable citizens,” he said.

According to Rep. Omar, the U.S. sanctions have led to a “catastrophe” in Iran, and amounted to “nothing less than economic warfare.”

“The sanctions put in place by this Administration against Iran are nothing less than economic warfare,” said Omar in a statement. “After years of improving relations between the United States and Iran, the sanctions have devastated that country’s middle class, increased hostility toward the United States, and led to a humanitarian catastrophe. One dire effect has been an entirely preventable shortage of lifesaving medicine. This Administration must answer for their attacks on Iranians’ basic human right to affordable medicine.”

Several NGOs, including Human Rights Watch, the Center for Economic Policy and Research and the Friends Committee on National Legislation all supported the representatives’ plea.

Andrea Prasow, Acting Washington Director at Human Rights Watch, said, “The Trump Administration is applying draconian sanctions on Iran without considering the harm they are causing Iran’s own citizens—including the difficulty sick Iranian men, women, and children are having in accessing life-saving medicine and medical equipment.”

The Treasury, she added, “needs to listen and incorporate the serious concerns experts have raised regarding how the current U.S. application of sanctions are hurting the very Iranian people whose rights the U.S. claims to support.”