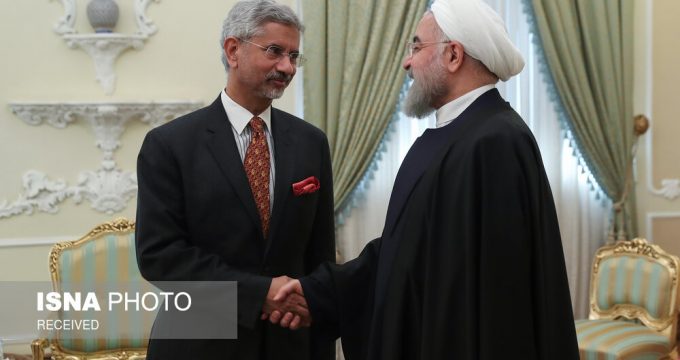 During the meeting, they conferred on a host of issues, including bilateral ties as well as the latest regional and international developments.

On Sunday, the Indian foreign minister held a meeting with his Iranian counterpart Mohammad Javad Zarif upon arrival in Tehran.

Heading a high-ranking delegation, Jaishankar attended the Iran-India joint economic committee this morning to explore the ways of boosting economic ties between the two countries.

His visit comes days after a US department official said that Washington has provided an exemption to India from sanctions on the Chabahar project which is envisaged to help transport Indian goods to landlocked Afghanistan.

Meanwhile, the second meeting of the follow-up committee for the implementation of the trilateral Chabahar Agreement between Iran, India, and Afghanistan at the level of Joint Secretary/Director-General was held on Friday.

Iran, India, and Afghanistan signed a trilateral agreement on the development of Chabahar Port in Tehran in May 2016 to establish a strategic transit and transport route connecting the three countries.